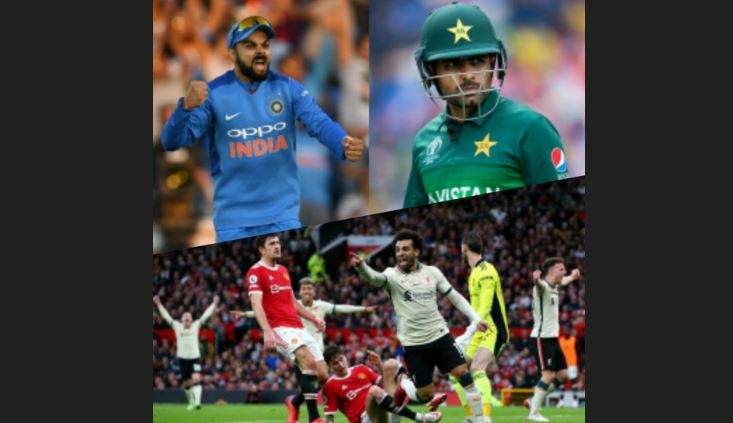 Srinagar: Last night was very difficult for Amjed Ahmad, a teenager from Srinagar who is a die-hard Liverpool fan and a cricket lover.

Since the biggest clashes in both these games were happening at the same time, Amjed had butterflies in his stomach.

He watched the biggest cricket clash between India and Pakistan on television and a football match between Liverpool and Manchester United on his mobile phone.

“It was really a hard time for me.  Though I am a cricket lover I cannot miss a football match either,” he said.

The match between Manchester United and Liverpool FC in Old  Trafford kicked off at 9.30 pm in India while the cricket match had started at 7:30 pm. By the time the football match started, the cricket match was already at its interesting stage.

Liverpool inflicted a historic hammering on Manchester United as Mohamed Salah scored a hat-trick in a 5-0 win at Old Trafford on Sunday.

The sports lovers throughout the contest have been switching from one channel to another to check the scores in order to remain hooked to both the games.

“I couldn’t miss Mohammad Salah’s hat-trick at the same time as classic innings of Virat Kohli and Babar Azam. You never know when India and Pakistan will play again and leaving this match was not an option,” said Muhammad Umar Bhat a sports lover.