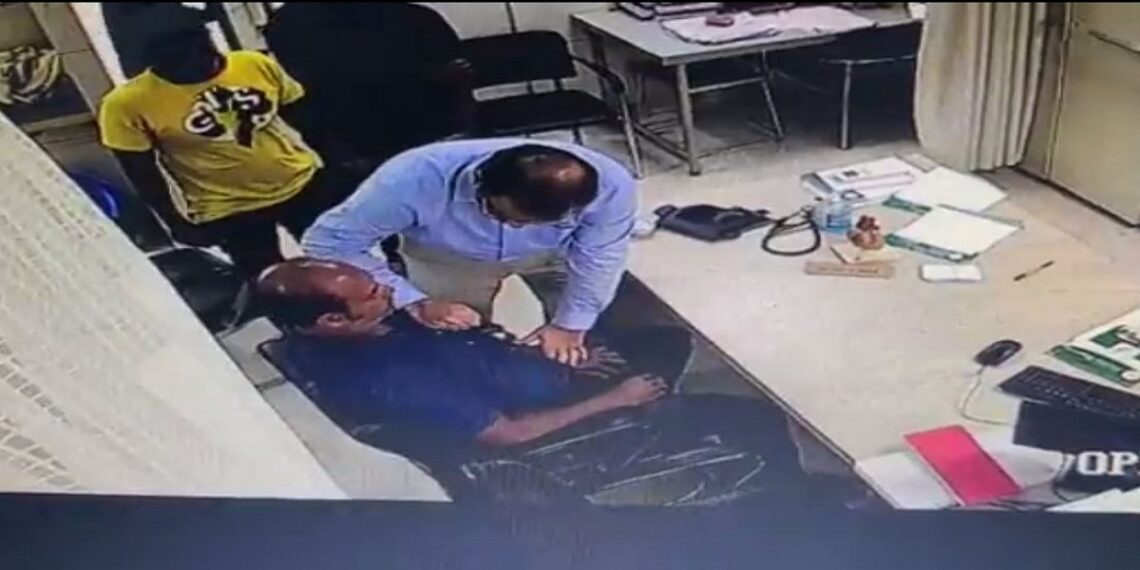 A video of a doctor saving a patient who seems to have collapsed after suffering a heart attack has gone viral on social media. The incident took place in Maharashtra’s Kolhapur district where a patient had gone to Dr. Arjun Adnaik, for a consultation.

In the video, the patient, who is accompanied by two people, is seen interacting with the doctor. Suddenly, he starts losing consciousness, following which Dr Arjun hurries towards him and starts giving mild thumps on his chest with his fist. After a few efforts, the patient regains consciousness and sits upright.

Dhananjay Mahadik, a Rajya Sabha MP and BJP Spokesperson shared the video on Twitter wrote, “This video shows an example of a real life hero living in our midst. Dr. Arjun Adnaik, one of the best cardiologists, from Kolhapur saving a patient’s life. I applaud such honourable and virtuous heroes.”

The video has gone viral, with many hailing the promptness and efforts of the doctor. “Basics of life saving, cardiology, life saving shud be included in schools, its matter of seconds,” a user commented.

However, many said that the video could be staged. A user, who claimed himself to be a physician, said the video could be a possible “publicity gimmick”, as he was not familiar with such a manner of treating cardiac arrest. Another doctor commented, “I am sorry but these kind of chest thumps don’t do anything. Its not CPR. And it has nothing to do with person waking up.”

Another user commented, “When I went to CPR training, I was asked to start the circulation by pushing hard in this way. Bit strange looking at the way that doctor did.”