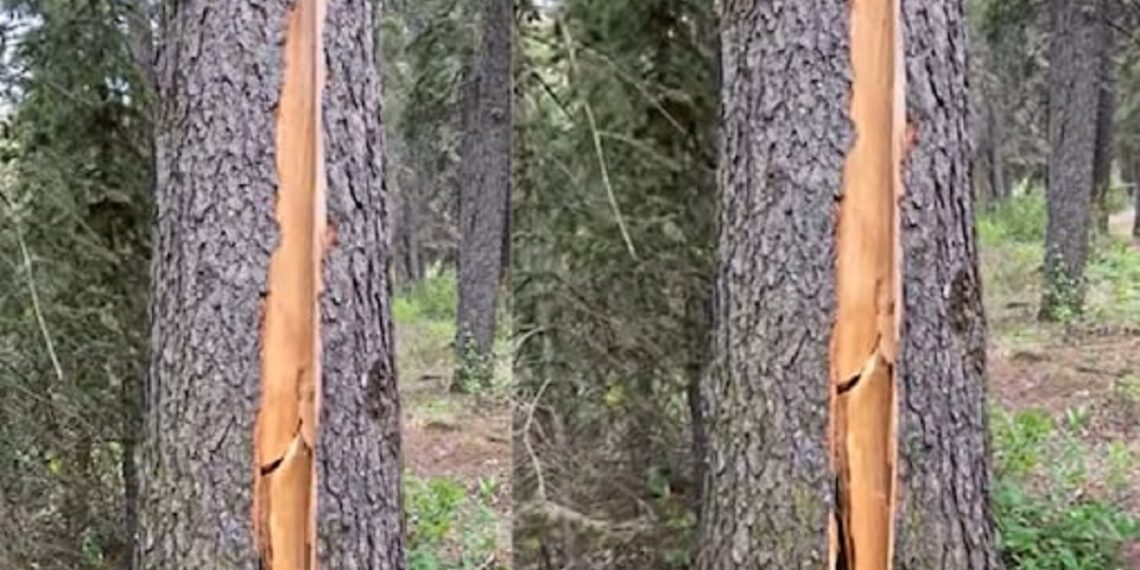 Breathing tree viral video: The Internet has never ceased to put on our platter sensational and shocking content that sometimes makes us think, how in world is that possible? One such video that has gone viral on the web is a tree breathing like humans do. Contracting and expanding like our lungs.

The viral video is from Calgary Canada and will remind ‘Stranger Things” fans about how spooky it is. Social media users are finding it impossible to believe but the video does not seem to be a doctored one.

This time social media users have witnessed a visual of a ‘breathing’ tree which they are finding impossible to believe. The video according to reports was shot by a man who had gone for assisting ‘hazard trees’ after the heavy rainfall and the strong winds in Calgary in June.

A YouTube channel called Viral Hog shared a video in which the tree can be seen breathing heavily from the crack of its trunk. While walking by a tree, the man observed an unseen phenomenon that made him capture the whole moment. He saw the tree that has a crack on its truck and was ‘breathing’ heavily.

Along with sharing the video on YouTube, in the caption he wrote, “After taking down a few in the area that had fallen and got hung up in other trees, we heard a loud “crack” and saw this tree.” He added, “The wind blowing it made it look like it was breathing.”

Take a look at the video here:

Netizens react to ‘breathing’ tree. The video has garnered more than 5 lakh views and received many comments. One user compared it with a Netflix web series, ‘Stranger Things’ and wrote, “This looks like it belongs in stranger things, it’s kinda creepy (sic).” Another user wrote, “That is Freaky (sic).” “What the heck did I just see (sic)”, wrote the third user.

Nature’s wonders are very popular among social media users. This ‘breathing’ tree is certainly one of many secrets of Earth that nature enthusiasts and scientists will be interested in.