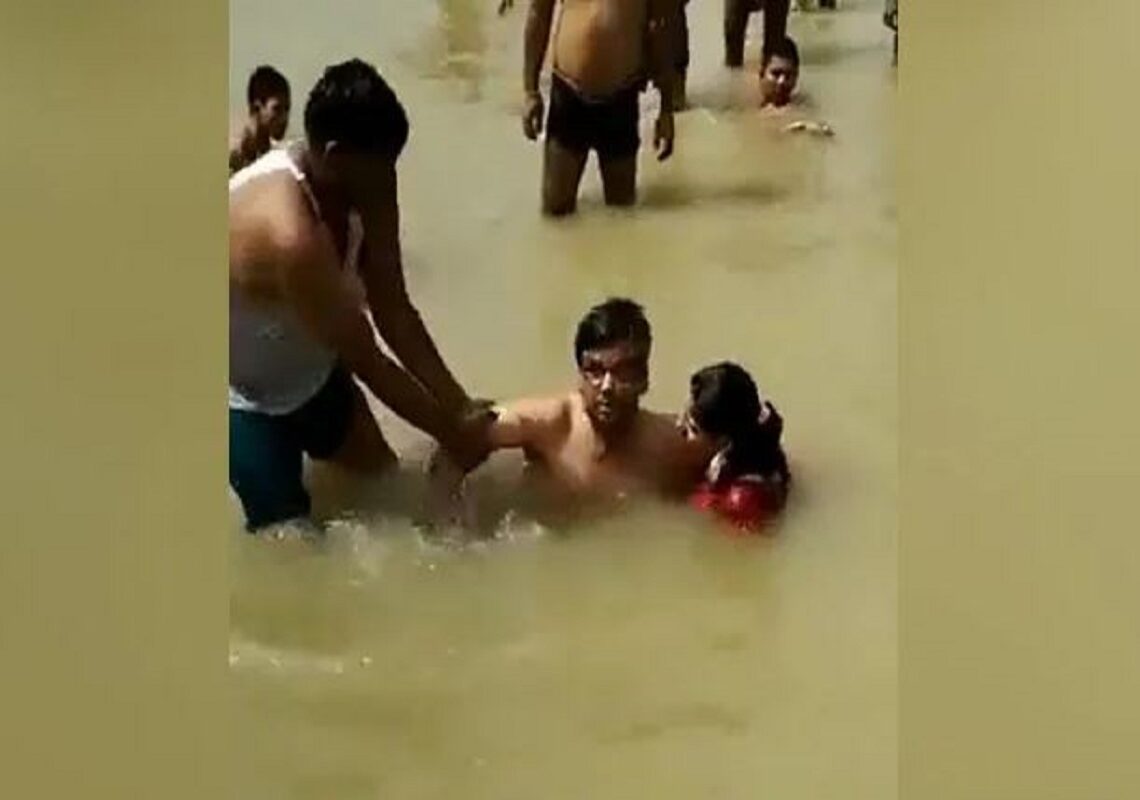 In a shocking incident, a group of youth abused, manhandled, and thrashed a man for allegedly kissing his wife in public while bathing on the bank of River Saryu in Ayodhya of Uttar Pradesh. The video of the attack on the man was recorded on mobile cameras and the clips have gone viral on social media platforms since Wednesday evening.

In the viral video, the man could be seen dragged out of the waters of River Saryu by some angry youths who later hurled abuses at him, slapped him on his face, and showered blows on him.

“Don’t you have a family. Get him out of here. You should be ashamed,” said a youth while others continued thrashing the man.

“This vulgarity (kissing his wife) will not be tolerated in Ayodhya,” said another youth from the angry mob. In the meantime, though the wife tries to stop the crowd from beating his husband, she was overpowered soon after the man was taken out of the water to the bank.

Reports quoting Senior Superintendent of Police (SSP) in Ayodhya, Shailesh Pandey, said that the video is a week old and that they have not received any complaint in connection with the incident.

However, police are trying to identify the couple and if any FIR is lodged into the matter, appropriate legal action will be taken against the attackers, added the SSP.