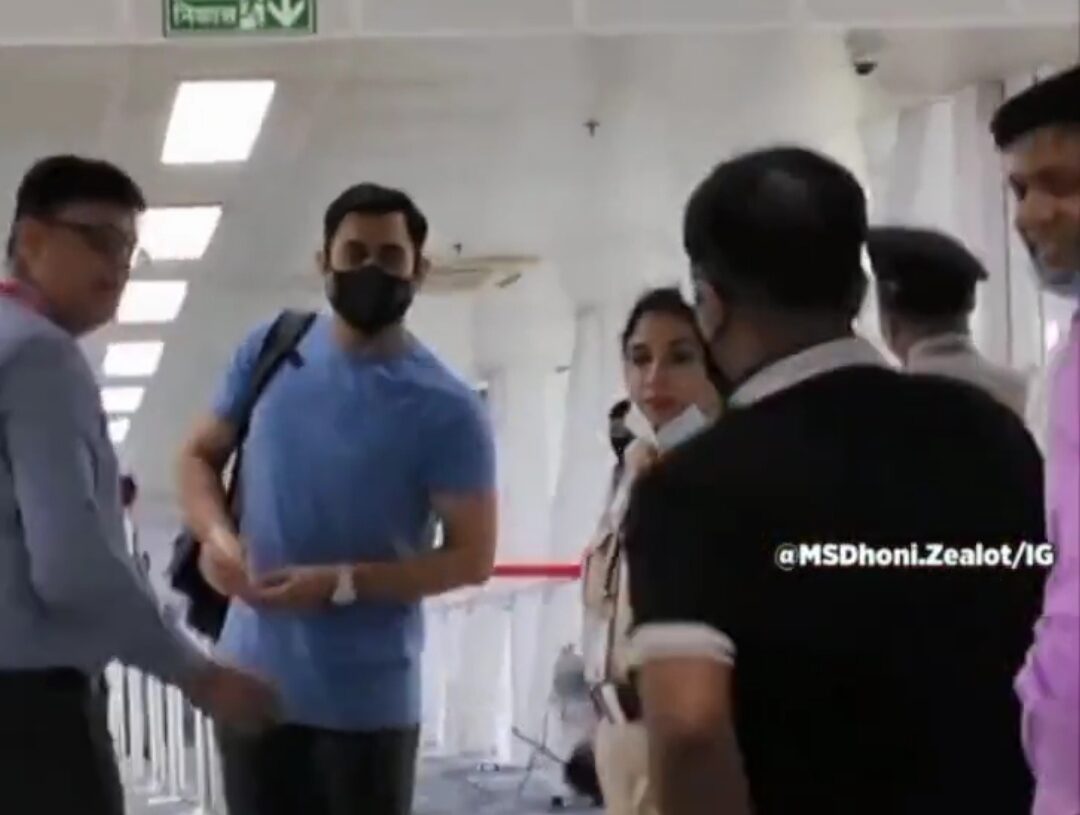 Dhoni was recently spotted at Birsa Munda Airport, Ranchi. In the video, he was seen being escorted by the police and airport officials.

A humble Dhoni stopped to greet and shake hands with the airport officials waiting for him.

A video was shared on Twitter by a fan page with the caption “Humbleness = MS Dhoni.”

It has been notced 8.9 views on Twitter and hundreds of likes

The cricketer was en route to Chennai to attend the closing ceremony of the 44th Chess Olympiad as the chief guest.

Media reports said Dhoni has been associated with Chennai since 2008 when he became the captain of the IPL team- Chennai Super Kings. He has a huge fan following in Chennai where he is affectionately known as ‘Thala’, which means big brother.