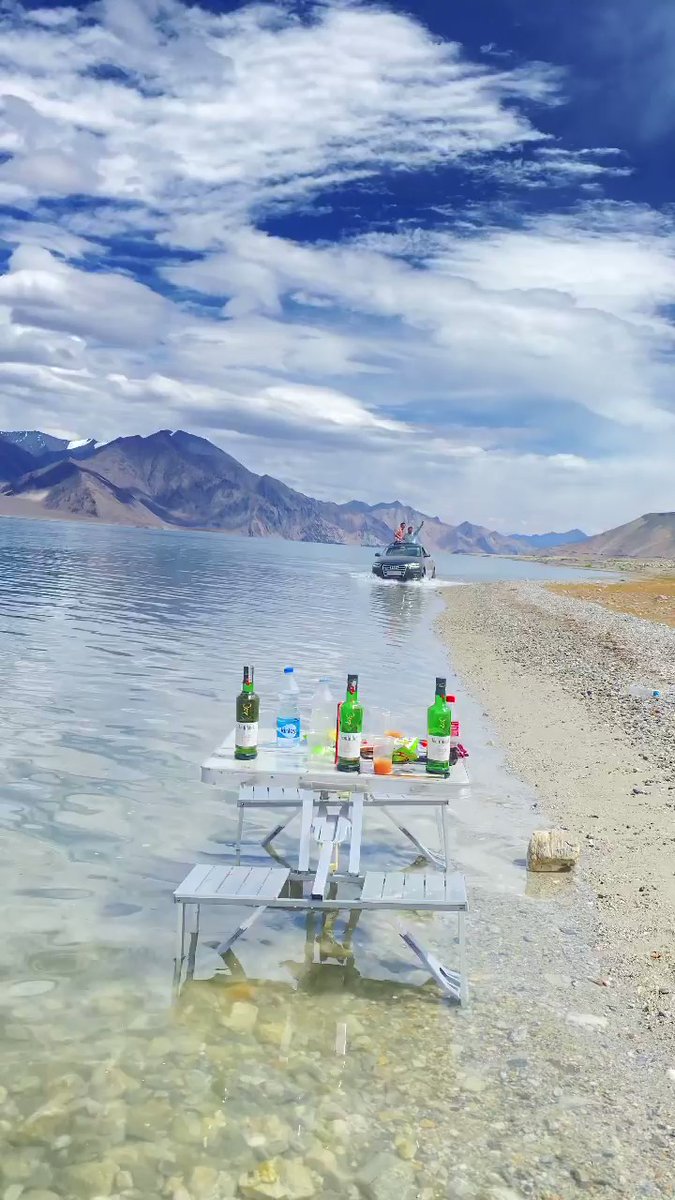 A video of tourists driving their SUV through the serene waters of Pangong Lake in Ladakh has sparked anger online.

Shared by Jigmat Ladakhi, it shows an Audi SUV racing through the lake with two tourists hanging out of the sunroof of the car and yelling.

“I am sharing again another shameful video. Such irresponsible tourists are killing Ladakh. Do you know? Ladakh has more than 350 birds species and lakes like Pangong are the home of many bird species. Such an act may have risked the habitat of many bird species. pic.twitter.com/ZuSExXovjp,” he tweeted

The video also shows foldable chairs and a table with bottles of alcohol, water, and packets of chips strewn on it.

He also posted a link to the Instagram page where the video was originally posted. The video has now been removed from that page but one of the videos shows the same Audi car.

The video from Ladakh has angered many Twitter users who slammed the careless behavior of the tourists.

“Stupidity has peaked!! Absolute nonsense,” said one user. “These hooligans must be banned from entering Ladakh,” another user commented, tagging Ladakh and Haryana Police.