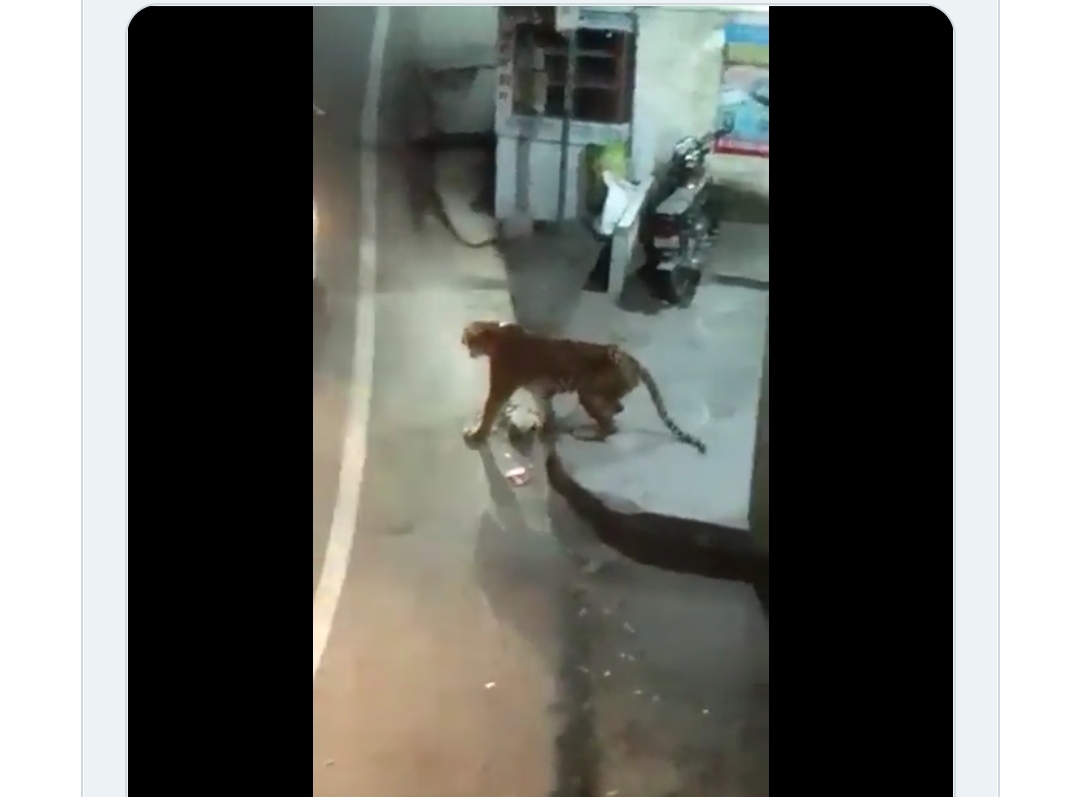 A forest officer has been booked for killing a tigress after it strayed into a marketplace in Uttrakhand.

The wild cat was allegedly shot by a service rifle.

The tigress strayed away from the wild into the Marchula area in the Kalagarh division of the Corbett Tiger Reserve. She was 10-12 years old.

The incident came to light after a video surfaced on social media platforms showing a scared tigress taking shelter behind a house while gunshots were being fired.

A press statement issued by the Corbett Tiger Reserve said forester Mohan Chandra Bhatt had fired nine rounds into the air to scare the tigress off.

“However, she got more violent. It was then that forest guard Dheeraj Kumar fired two rounds on the ground. He could not fire into the air as a huge crowd had gathered on the rooftops. The wild cat was hit in its hind legs by one round,” the statement said.

The tigress was later found dead. According to the latest reports, Kumar has been booked under Wildlife Conservation Act.

Chief Wildlife Warden of the forest department Samir Sinha said that a probe has been set up and a full detailed report will be submitted to the director of Corbett Dheeraj Pandey within 48 hours.

Meanwhile, postmortem reports suggest that the tigress died of excessive bleeding due to the bullet injury. It also mentions a porcupine quill found in the animal’s liver which had damaged the organ.

“The stomach and intestine of the animal were empty and the lungs were also damaged,” the autopsy added.