(Video) `They are like my children’: Meet Ukraine-based Indian doctor `Jaguar Kumar’ who refused to be evacuated without pets 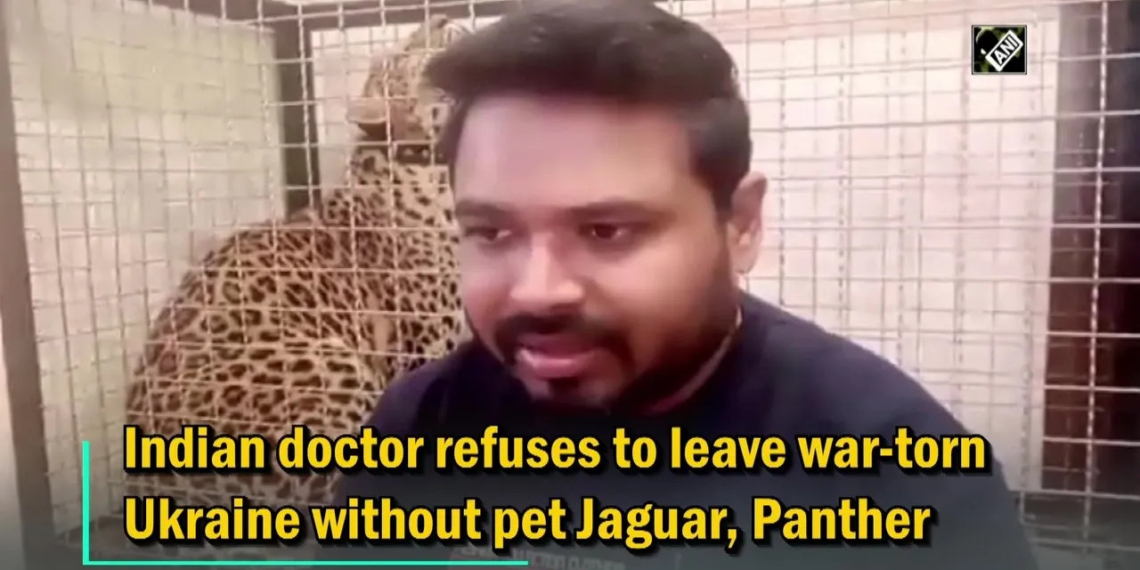 (Video) `They are like my children’: Meet Ukraine-based Indian doctor `Jaguar Kumar’ who refused to be evacuated without pets

His name is Dr. Girikumar Patil, but people call him `Jaguar Kumar’. Reason: he owns Jaguar and  Black Panther.

A few days ago Dr. Patil got a golden chance to leave war-torn Ukraine, but he refused to be evacuated without his pets. Indian doctor treats his pets like his children and that is the reason he did not want to abandon them.

“I called the (Indian) embassy but didn’t get a proper response. My place is surrounded by the Russians but I’m trying my best. I treat them (pets) as my kids,” Dr. Patil told a news agency

According to a BBC report, Dr. Patil hails from Tanuku, in Andhra Pradesh’s West Godavari district went to the eastern European nation in 2007 to study medicine. He bought the animals from the Kyiv zoo about 20 months ago. While the jaguar is a 20-months-old male, the panther is a female which is aged six months.

According to the report, Dr. Patil, who is 40 and has a YouTube channel named ‘Jaguar Kumar Telugu,’ currently lives in the small town of Severodonetsk in the eastern Ukrainian region of Donbas.

Earlier, the Andhra Pradesh native was living in Luhansk, one of the two regions recognized as ‘independent’ by Russian President Vladimir Putin on February 21. Then, on February 24, Putin authorized a ‘special military operation’ in Ukraine, which is still going on.

India is carrying out Operation Ganga to evacuate its citizens, the majority of whom are students, from Ukraine. The mission is being conducted from countries bordering Ukraine which has closed its airspace due to the Russian invasion.