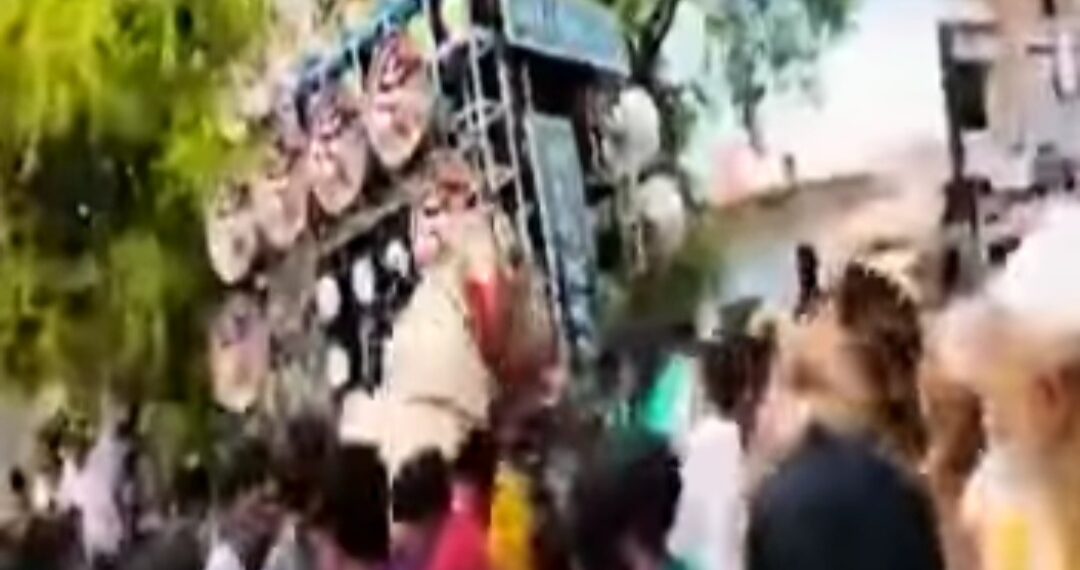 A video of the incident has now gone viral. In the video, baraaties were seen grooving to ‘Tere Ishq me Naachenge’ . There was a huge rush and the DJ increased the volume to excite the people.

However, the horse [resumebly also got excited and trampled over the baraaties and injured six of them. The horse also ran amok and damaged the nearby motorbikes and tried to flee from the spot.

Locals said it is an old-age tradition in UP to make a horse dance at weddings. Media reports said the horse’s master was trying to get his animal groove along when the animal went out of control and ran amok.