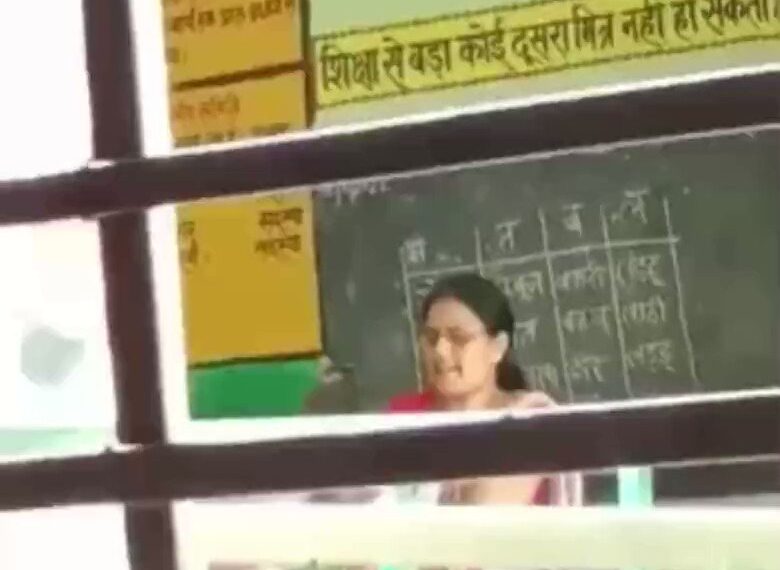 Unnao:  A teacher was suspended after she allegedly thrashed a child for making noise in the classroom.

A video of her hitting a child has triggered outrage on social media sites.

The teacher has been identified as Sunil Kumari. The incident took place at Islam Nagar Primary School in Asoha block.

This is the second time in 10 days when a teacher was caught on camera thrashing kids.

Early this month, a coaching teacher brutally assaulted a 5-year-old child in Patna’s Dhanarua locality, the district police arrested him on Wednesday.

Dhanarua police station SHO Deenanath Singh confirmed the arrest. The accused Amar Kant alias Chhotu has been booked under section 323, 341, 342, 307, 506 of IPC, and 75 of the Juvenile Justice Act.

“The accused was running a coaching center named Jaya coaching classes for nursery to class 3 in Dhanarua. He brutally assaulted a 5-year-old. Due to the brutal assault, the victim became unconscious,” Singh said.

A video of this incident went viral on social media in which the teacher can be seen beating the child with elbows and hands and even using a wooden stick. He keeps hitting the child until the stick snaps. The assault continued despite the child crying and begging the teacher to stop.

The situation was such that other students also got scared and could not dare to stop him or rescue the fellow student.

When the video went viral on social media and his family members learnt about the incident, they assembled at the coaching center and vandalized it.

Amar Kant alias Chhotu is a resident of Dhanarua and he is said to be a patient with high blood pressure and hypertension.