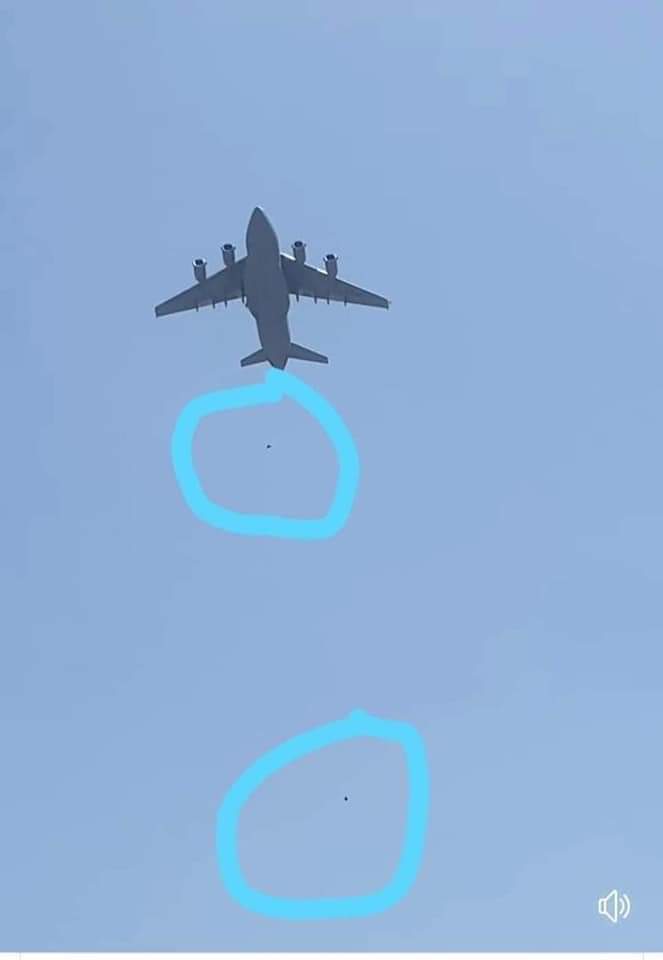 Videos have gone viral on the internet that show Afghans hanging on to the tyres of flights leaving the country from the Kabul Airport and then falling off from the sky after take-off. The harrowing visuals have been shared by journalist on Twitter and other platforms.

Ragip Soylu, the Turkish bureau chief for Middle East Eye, also shared a video that showed some Afghan youths hanging on to the engines of the flight before take-off from the airport.

Locals have reportedly confirmed that the Afghans fell on top of houses with a devastating crash. They say that the fall made a terrifying noise when the body hit the roofs.

Chaotic scenes were observed at the Kabul Airport after Taliban managed to capture the capital of Afghanistan. Chaos erupted at the airport with over-crowding of citizens and non-existent security. Passengers were also seen waiting at the tarmac of the airport in long queues in the hopes of leaving the country at the earliest.

On the morning of 16 August, the situation at Kabul International Airport looked worse. Hundreds of people were seen hurrying along on a rather empty tarmac, falling over themselves to board a plane.