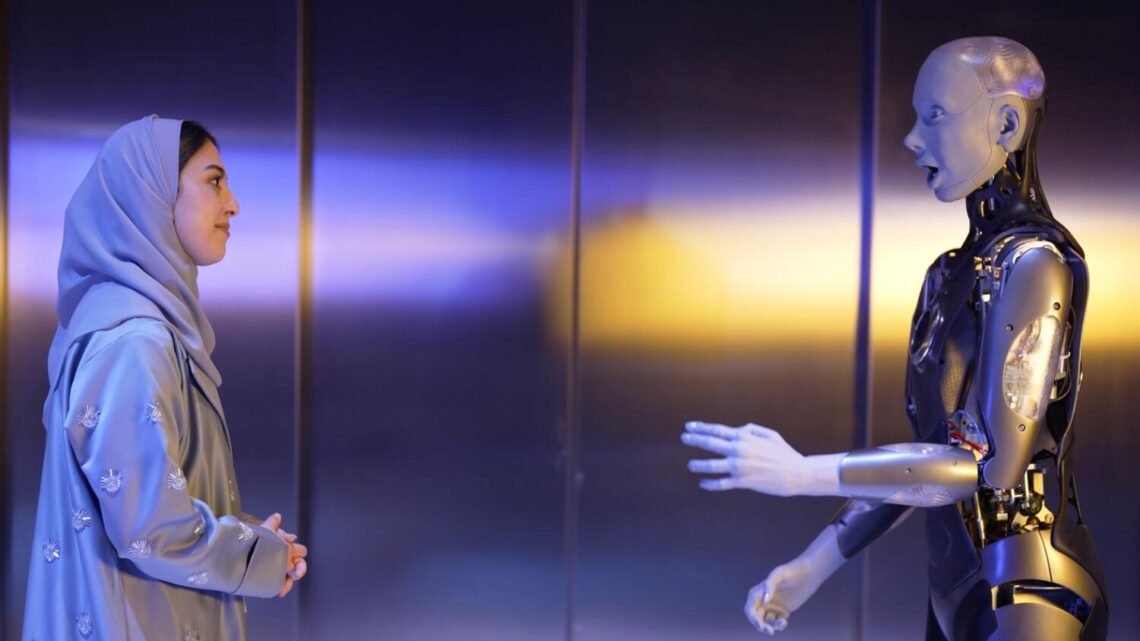 DUBAI: A Dubai Museum has deployed a robot to help and guide visitors.

The artificial intelligence-powered Ameca, manufactured by the England-based Engineered Arts, is described as a perfect platform for human-robot interaction. Her “smooth, lifelike motion and advanced facial expression capabilities mean Ameca can strike an instant rapport with anybody,” the manufacturer’s website said.

Museum of the Future introduced Ameca as the latest staff member joining the museum on her first day, as seen in an Instagram video.

Speaking in the Emirati dialect, she tells her human counterpart, “Don’t worry, I will not replace you.”

Open since February, the Museum of the Future has received international acclaim in the global architectural scene for its unique torus-shaped pillarless design adorned with Arabic calligraphy.

The structure houses a series of interactive and advanced exhibitions that give visitors the chance to experience future technologies.

Upon its opening, organizers said the museum would act as a platform for innovators, scientists, and industry leaders who can share their vision of the future.