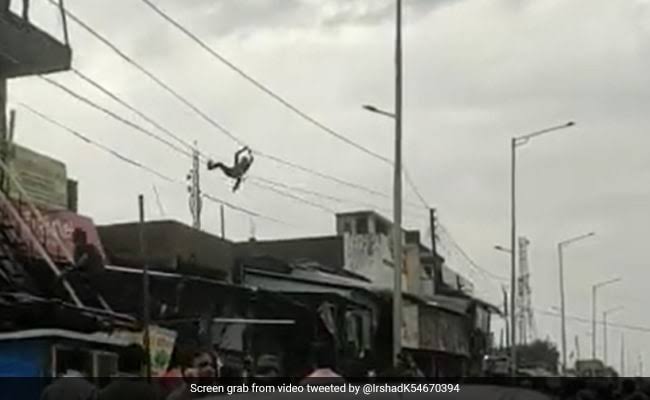 A video of a man swinging on the high-voltage wires in Uttar Pradesh’s Pilibhit district has shocked the internet.

Identified as Naushad, he climbed the rooftop of a shop and started swinging on the overhead wires sending shock waves across the town. The video of the man performing a stunt has gone viral on social media.

In the viral, Naushad was trying to climb higher and was seen balancing himself on the wires. One more video showed that people were climbing to the shop’s roof and trying to reach out to Naushad.

After people approached him, he came down. People were absolutely stunned by looking at the man’s activity.

The media reported that there was no electricity in the town for which Naushad was not electrocuted. After being spotted, shopkeepers from the nearby shops and people gathered over there contacted the electricity department and urged them not to supply electricity.

The media reported that the local residents contacted Naushad’s family about his dangerous stunt. The family told that he was not mentally fit. They claimed that he often indulged in odd activities, local media said.