Video: Man sets Mercedes on fire; check out why 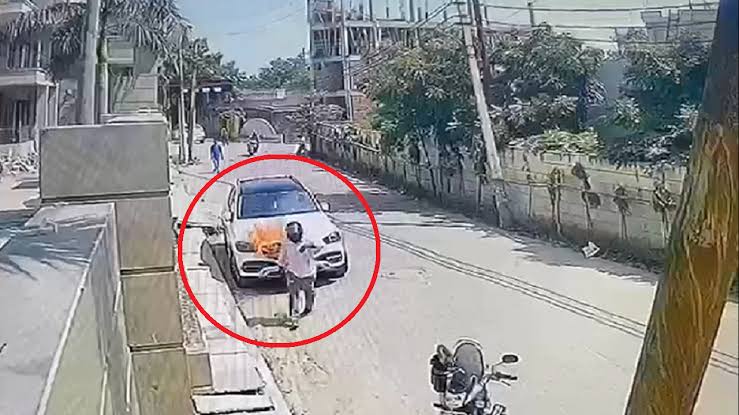 A man set a Mercedes car on fire after the vehicle owner did not allegedly clear his dues at Noida.

The man was caught on camera setting the car on fire. In the video, the man parking his motorcycle could be seen alighting sprinkling flammable liquid on the car, and setting it on fire.

The man was upset over not being paid Rs 2 lakh for doing tile work at the car owner’s home in 2019, according to an NDTV report.

He has been identified as Ranveer, a tile supplier residing in Ghaziabad, the Times of India reported. The police have arrested him on the basis of car owner Ayush Chauhan’s complaint.

Chauhan claimed he had paid Ranveer what he owed him.

Noida DCP Harish Chander told the media that Ranveer never approached the police about his unpaid dues. “The complainant has refuted his claims and told police that full payment was made to Ranveer and no dues were pending,” he added.