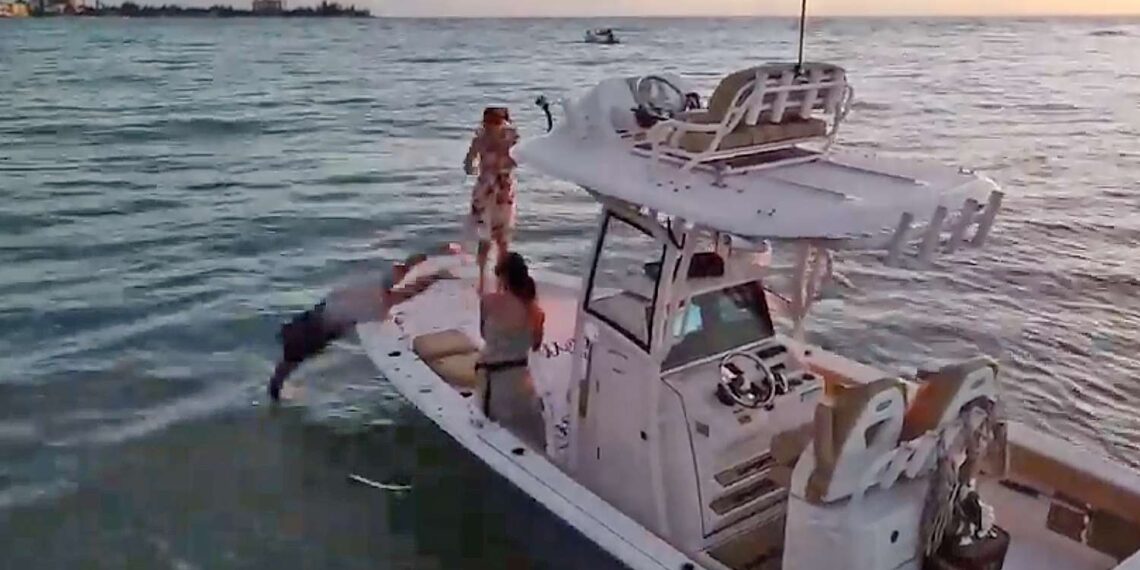 A man dived into the sea after the ring he was going to place on her girlfriend’s finger slipped into the water.

In a video, Scott Clyne and his girlfriend Suzie Tucker can be seen standing on the boat admiring the beautiful view with holding out their arms in a romantic pose. To make the moment more special, Clyne pulled out a ring box from his shorts pocket as he prepared to get down on one knee to propose.

However, the box slipped out of his hands and fell straight into the water. Without giving a second thought, he dived into the sea and emerged victorious moments later as he held the ring box in his hands. This left his girlfriend in splits.

The whole incident was captured by Clyne’s friend. It was then, Clyne proposed to his lady love. As expected, his girlfriend said yes as she laughed off the moment and kissed him.

“I had the ring in my back pocket and when I went to reach for it, the corner of the ring box got caught on the top of my pocket and slipped out of my hands. Everything was an absolute blur from that point on! All I remember thinking was ‘this can’t be happening!’ and the next thing I knew I was in the water. I didn’t hesitate to jump in because I envisioned it sinking quickly and I wasn’t taking a chance,” Clyne was quoted by The New York Post.