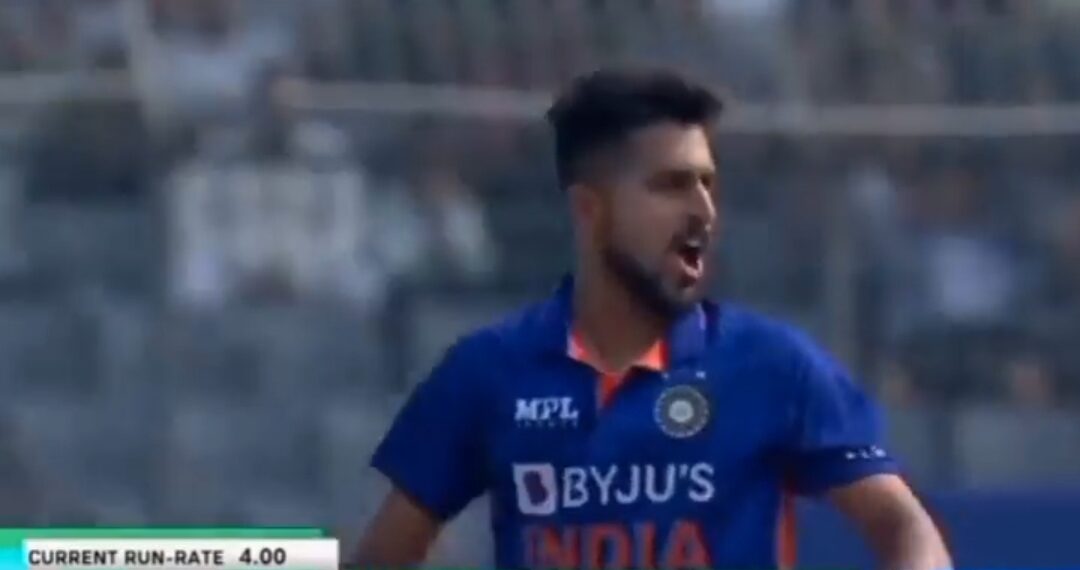 J&K pacer Umran Malik was on fire against Bangladesh. Umran clocked 151 kmph to rattle the Bangla tigers in the second ODI at Sher-e-Bangla International Stadium in Mirpur on Wednesday.

The Internet exploded after Umran bowled his heart out with pace and swing. “Umran Malik is here to rattle stumps! Hoping he gets a few more wickets! #BANvIND,” said a user.

“Umran Malik is on fire,” said another.

Umran Malik was included in Team India for the Bangladesh tour after Mohommad Shami sustained a shoulder injury during a training session in the lead-up to the ODI series against Bangladesh.

Last year, Umran became the youngest player to take 20 wickets in any IPL season. Umran Malik took his tally to 21 during a match-winning spell for Sunrisers Hyderabad (SRH) against Mumbai Indians at the Wankhede Stadium. He broke Jasprit Bumrah’s 2017 record.

Earlier, the Sunrisers Hyderabad player became the only fourth bowler in IPL history to bowl a maiden 20th over. Irfan Pathan, Lasith Malinga, and Jaydev Unadkat achieved the feat.

Umran, who Sunrisers Hyderabad retained for IPL 2022, is already one of the fastest bowlers in India. However, though he has sent down deliveries over 150kmph this season, the Jammu and Kashmir player has picked up only three wickets in four matches, conceding at 10.42 runs an over.