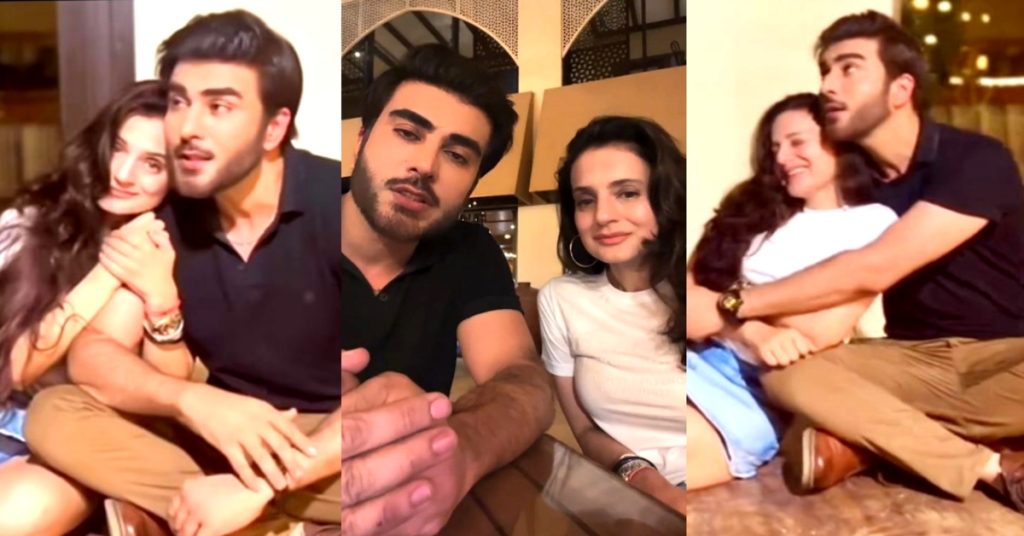 It followed after Ameesha shared a video of the two on her Instagram. “Having fun in BAHRAIN last week with my superstar friend @imranabbas.official … originally a song from my KRANTI w/ @iambobbydeol .. happens to be 1 of @imranabbas.official fav songs and mine .. filmyyyyyyness.” Soon the clip went viral, fans started speculating that something is brewing between the two stars.

However, Ameesha Patel told The Hindustan Times that Imran is her ‘good old friend’. She said “I read them too and had a laugh about it. The whole thing is just crazy and full of silliness. I was meeting my buddy after so many years. So, it was just a catch-up.”

“We have known each other for many years, since the time I studied with him at a university in the US. And I have stayed in touch with most of my friends in Pakistan, who just love India,” the 46-years-old actress stated.

Ameesha Patel, who started her career with ‘Kaho Na…Pyaar Hai” opposite Hrithik Roshan, has been away from the screen for almost four years now. Her last project was the Sunny Deol-starrer Bhaiaji Superhit, in 2018. She will be next seen in Gadar 2 with Sunny Deol and Utkarsh Sharma.