Video: Iranian women remove hijab to protest the death of 22YO by morality police 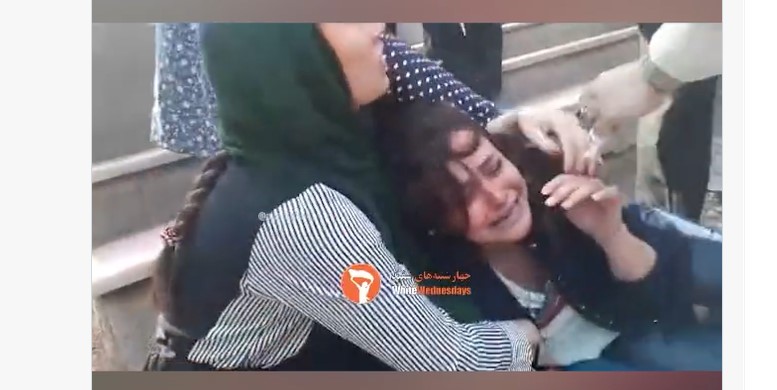 Tehran:  A group of women removed headscarves as a mark of protest during the funeral of Mahsa Amini, who died after being arrested by the morality police in Tehran.

Mahsa Amini, 22, died last week, days after her arrest by Iran’s morality police for wearing the hijab in an ‘improper manner’.

She was then assaulted in the police van while being driven to a detention center for a “re-education lesson”.

The funeral took place in the town of Saqqaz, Mahsa’s hometown, in the western Kurdistan province.

Several videos from the protests circulated on social media showing mourners at the funeral chanting “Death to the dictator.”

Masih Alinejad, an Iranian journalist and activist shared a video on Twitter.

“Removing hijab is a punishable crime in Iran. We call on women and men around the world to show solidarity,” she said.

“This is the real Iran, Security forces in Iran’s Saqqez opened fire at peaceful protesters following the burial of #Mahsa_Amini. Several protesters have been injured. First Hijab police killed a 22 Yr old girl and now using guns and tear gas against grieving people.”