Video: How last selfie could look like before the end of the world 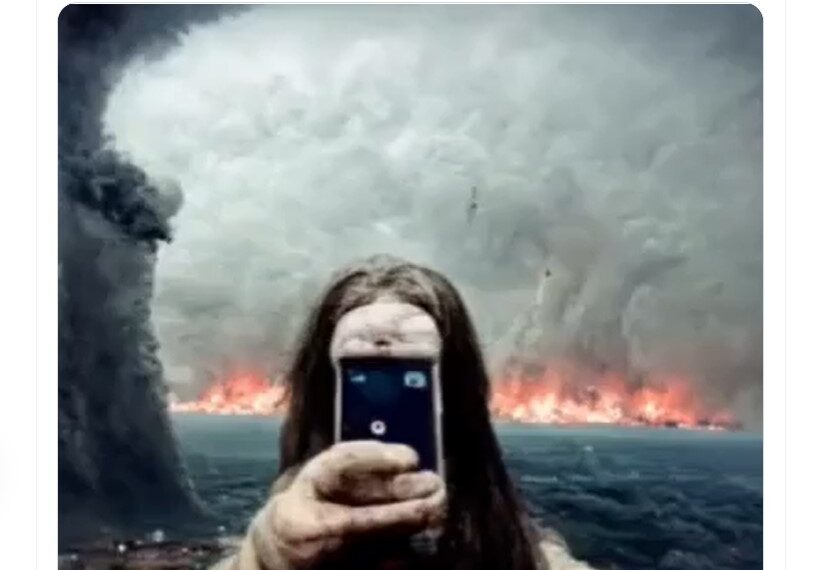 Imagine the last selfie before the end of the world!

Artificial Intelligence has come up with possibilities including the last selfie

A series of haunting images were posted on TikTok by ‘Robot Overloads,’ and it shows what “last selfies” taken on Earth may look like as depicted by an AI image generator.

As per the video shared on the short video hosting platform, the account asked the AI image generator to show what “the selfie of the end of the world” would look like. The images produced by the generator, DALL-E 2, show apocalyptic scenes.

The creepy stills showed a disfigured human with elongated fingers and oversized eyes.

If the AI is correct to even some extent, then the terrified faces of the men surrounded by explosions are proof that the end of the world isn’t going to be pretty. There is a possibility that humans will become the reason for their destruction themselves.