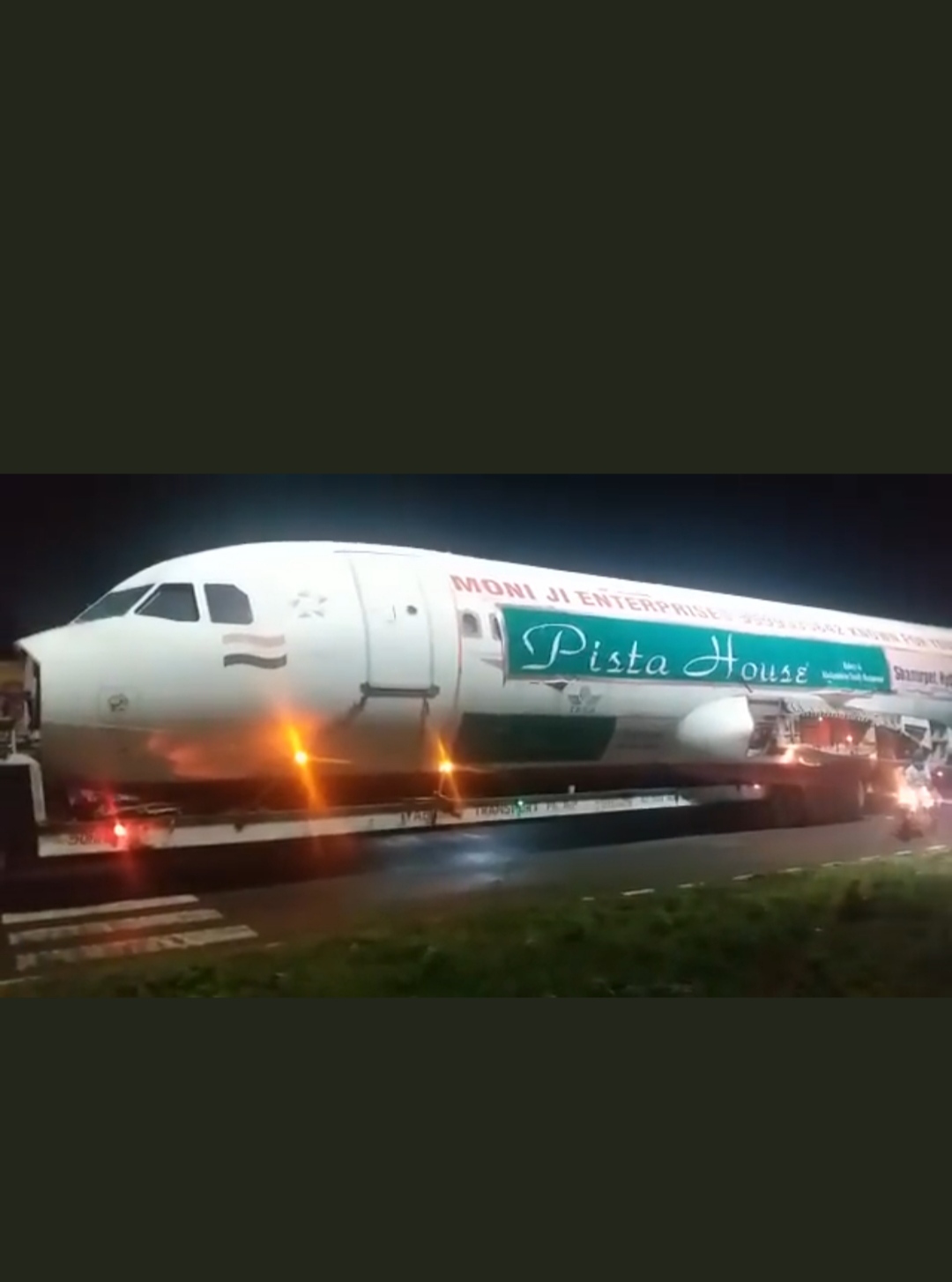 Hyderabad: A decommissioned airplane being transported by road from Kochi to Hyderabad got stuck at an underpass in the Bapatla district.

Soon after receiving the information, Medarmetla police reached the spot and made an arrangement to pull the plane out of the underpass.

After pulling the plane out, it was diverted through the Korisapadu underpass. Later, the video of the incident also went viral on social media.

Pista House had bought the plane to set up an airplane restaurant in Hyderabad.

The truck will take some days to reach the city as it is traveling at a very slow speed to avoid damage and accident.

The plane, Airbus A320 was decommissioned by Air India. It flew for the airlines for many years.