Video: Daredevil RPF jawan saves toddler, woman, from being run over by train 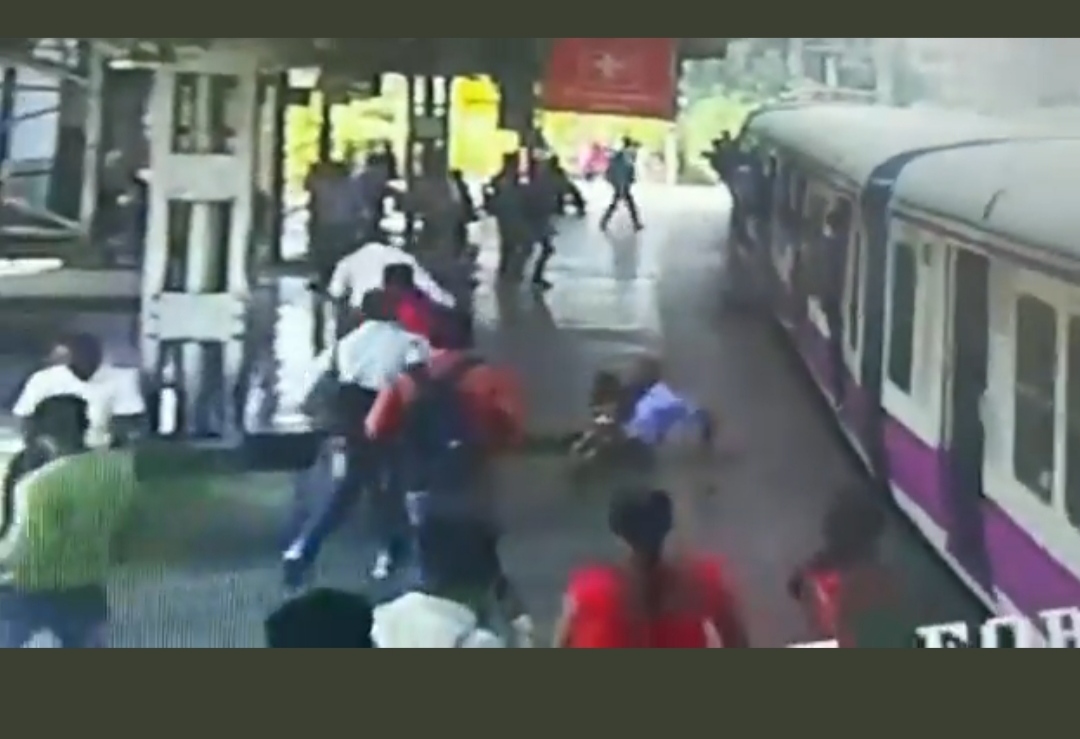 Mumbai: Displaying alertness and bravery, a Railway Protection Force jawan saved a woman and her toddler from being run over by a local train in Mumbai, Central Railway officials said on Wednesday.

The incident occurred when the woman, with her one-year-old child in her arms, was attempting to board a heavily-crowded local train at Mankhurd which was bound for Chhatrapati Shivaji Maharaj Terminus.

Owing to the overcrowding, the woman lost her balance, and slipped into the gap between the moving train and the platform, said CR chief spokesperson Shivaji Sutar, sharing a video of the incident.

Noticing this, alert RPF constable Akshay Soye nearby jumped to grab the woman’s baby and some other commuters rushed to pull out the shocked woman onto the platform.

Both the mother and child were in a state of shock but safe and sound, said Sutar, lauding the efforts of constable Soye to save them from potential injury or death.

This year, the CR’s vigilant teams of RPF jawans have helped save around 62 persons in different parts of Maharashtra, many times risking their own lives, with many CCTV or commuter videos of such incidents going viral on social media or traditional media.

Of these, a maximum – of 24 persons – lives were saved in the congested Mumbai Division alone, 14 in Nagpur Division, 12 in Pune Division, 8 in Bhusaval Division, and 4 in Solapur Division, said the officials.