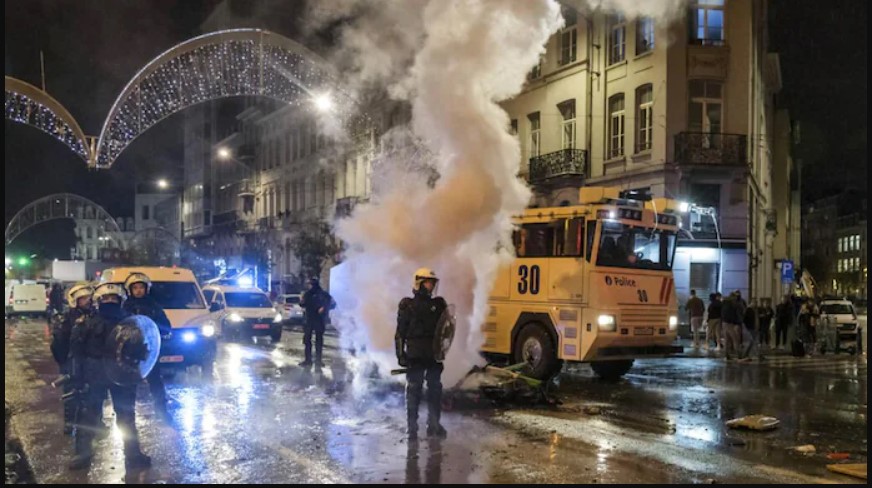 Clashes broke out in Brussels after Morocco beat Belgium in the FIFA World Cup group match.

Dozens of Moroccans burst into cheers, lighting torches, and fireworks, and drove around hooting car horns and waving the Moroccan flag in Brussels.

Clashes reportedly erupted between the Red Devils fans and the Atlas Lions supporters shortly after the match ended.

Residents were warned to avoid certain areas of the city center and metro stations were closed and streets sealed off to limit the spread of the violence.

“Even before the end of the match, dozens of people, including some wearing hoodies, sought confrontation with the police, which compromised public safety,” Brussels police said in a statement.

Belgium is  home to around 500,000 people of Moroccan origin

“I condemn in the strongest terms the incidents of this afternoon. The police have already firmly intervened. I, therefore, advise against fans coming to the city center. The police are doing all they can to maintain public order,” tweeted the mayor of Brussels, Philippe Close.

“I have ordered the police to carry out arrests of the troublemakers.”