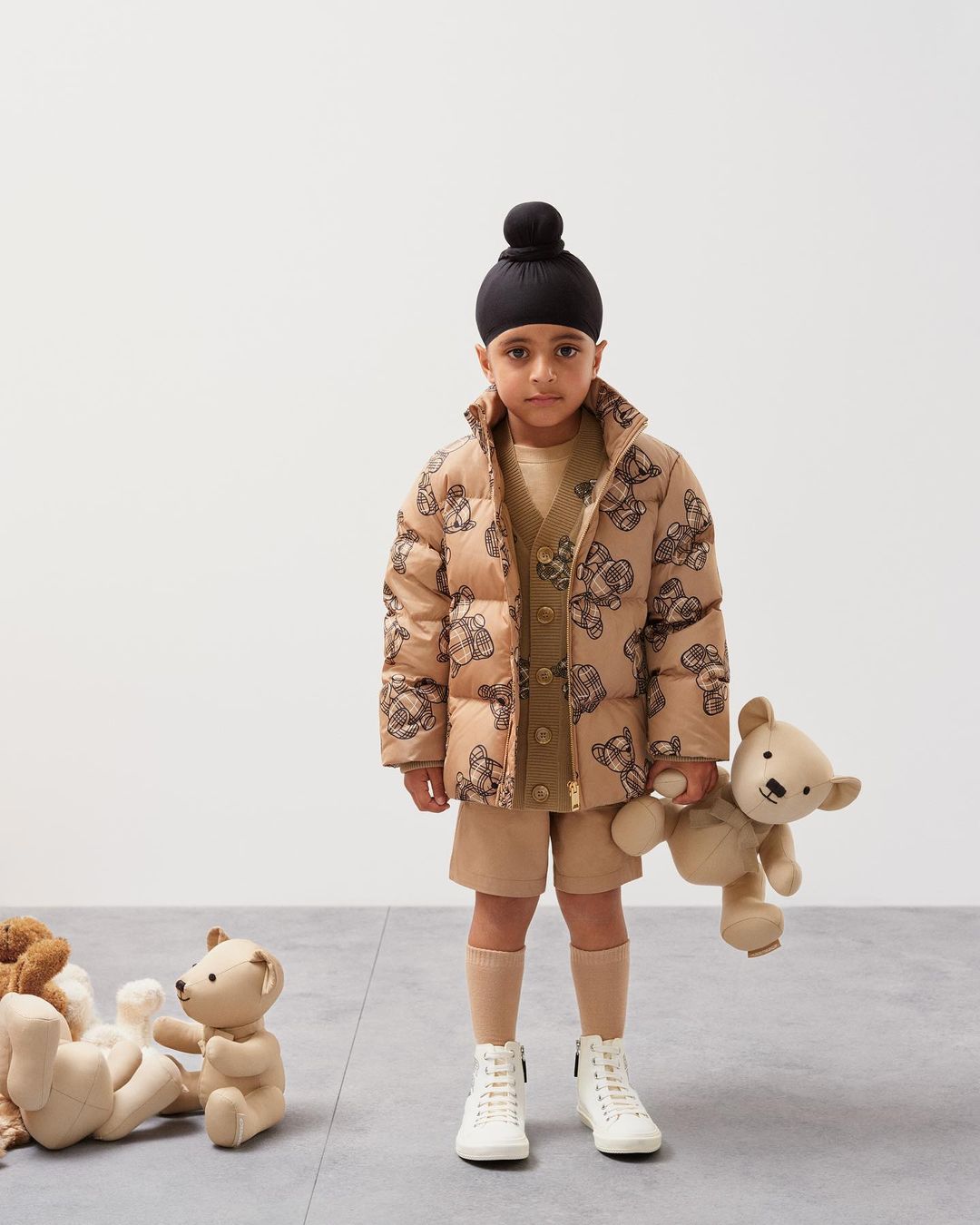 For a change, the British luxury brand `Burberry’ rolled out a new advertisement campaign featuring a Sikh boy with a turban.

The brand took to its official Instagram and shared an image of Sahib Singh.

“Prepped for their next adventure: from outerwear to our Burberry Check, find back-to-school designs from the new #BurberryChildren collection,” read the caption.

Sahib has featured in the ad with several other children from different ethnicities. His parents handle his social media account and have posted a heartwarming post about Sahib’s journey. They talked about how they felt different emotions on this journey.

“We have felt a few disappointments when Sahib isn’t chosen for a job. We have never told him about any shoots until he’s fully confirmed as he doesn’t need to feel the emotions involved. The stress when the council refuses his license to perform. Never underestimate a parent who wants the world for their child!” the couple wrote.

The parents clarified that even though people may say and think many positive and negative things about them but only they know what they want their kids to know and feel. “Nothing is impossible,” the parents mentioned. Have a look:

The post has now gone viral with several comments. “Honestly I was smiling ear to ear without even noticing I did it!! Congratulations to Sahib and good luck little one” commented an Instagram user.