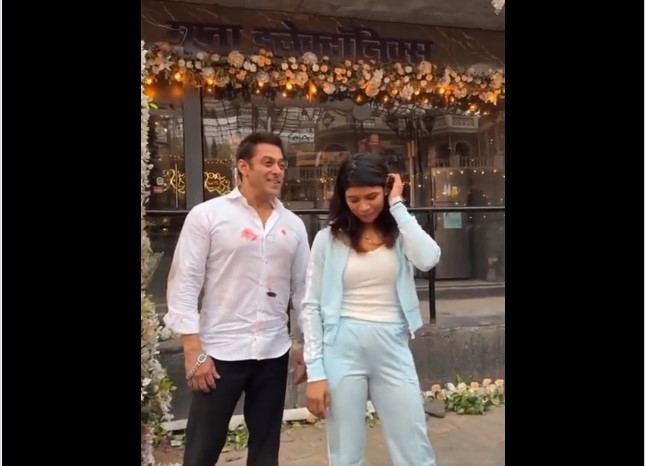 Nikhat took to Instagram, where she shared a reel video featuring the ‘Dabangg’ actor and her dancing to the song. She captioned it: “Finally intezaar khatam hua. #fanmoment #whennkhatmetsalman #dreamcometrue #salmankhan.”

‘Love’ is directed by Suresh Krissna, and stars Salman, and Revathi. It is the remake of the Telugu film ‘Prema’. The makers changed the tragic climax from the original film to one with a happy ending. This movie is also remembered for the romantic song ‘Saathiya Tune Kya Kiya’. This was Salman’s consecutive seventh successful movie at the box office with a new actress.

On the work front, Salman will next be seen in the third installment of the ‘Tiger’ franchise. It also stars Katrina Kaif. He also has ‘Kisi Ka Bhai… Kisi Ki Jaan.”