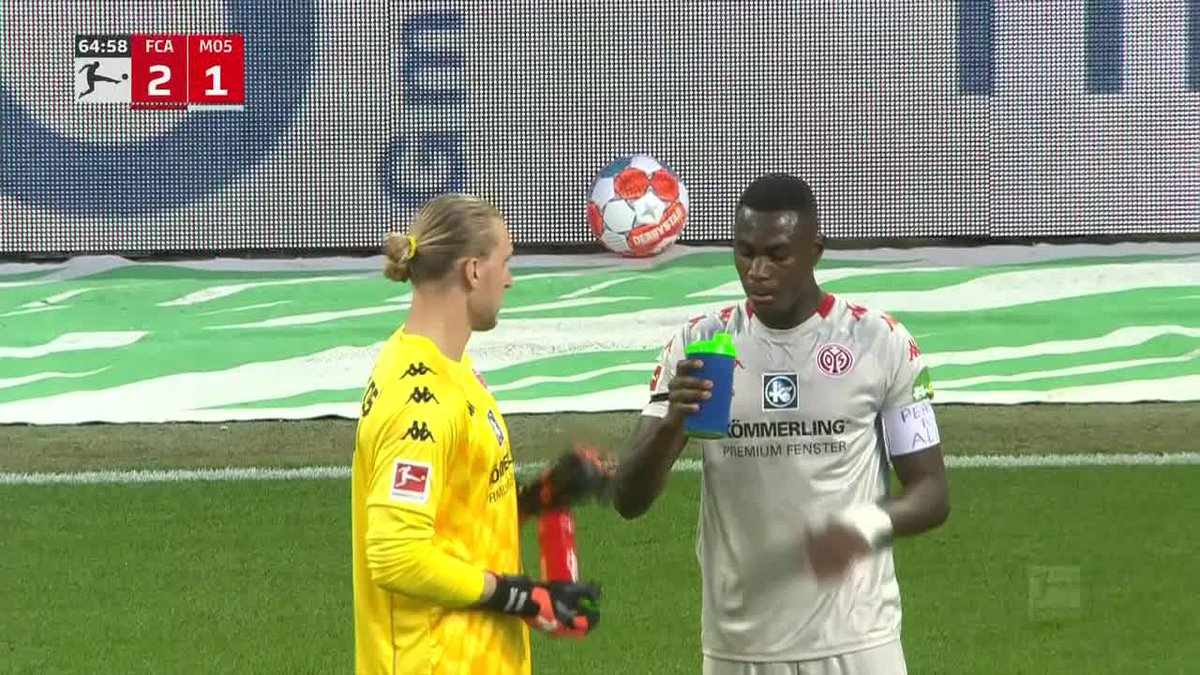 In the season of Islamophobia, a heartwarming gesture by football teams to stop the match to allow Moussa Niakhaté to break his fast.

“Play was stopped during Augsburg vs. Mainz 05 so Moussa Niakhaté could have a moment to break his Ramadan fast just after sunset,”  ESPN FC tweeted

In the 65th minute of the Augsburg vs Mainz game, referee Matthias Jollenbeck halted the match to give Moussa Niakhate the time to break his fast. In a video clip of the Bundesliga game posted below, Niakhate can be seen taking in some fluids while speaking to Mainz goalkeeper Robin Zenter.

After he broke his fast, he went up to the referee and thanked him for his kind gesture that also helped script history by making it the first Bundesliga game where a player was given time to break his fast midway through a match.

In a football game, there is usually just one break which takes place at half-time. The rest of the match is free-flowing and is only halted if a player needs treatment for an injury or if some unforeseen circumstance takes place that requires the match to be stopped.

As for the 2021/22 Bundesliga campaign, Lutz Michael Frohlich, who is the director of communications for the German Referee Committee, has permitted officials to halt games midway through a match to give players the time to break their fast.