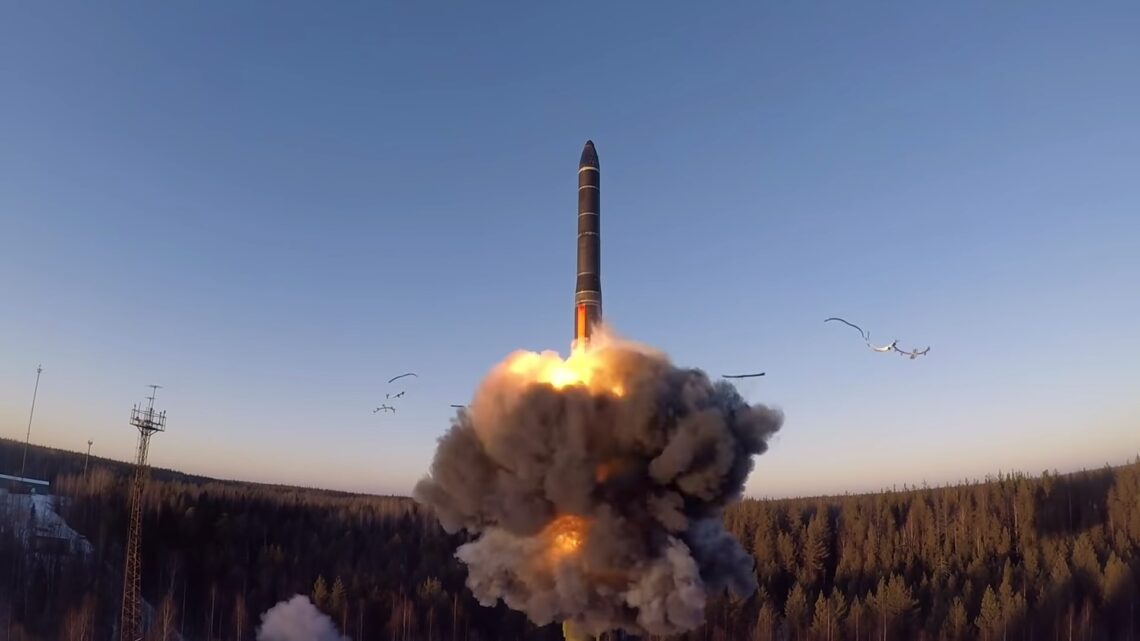 Moscow: Russia’s nuclear forces launched ballistic and cruise missiles from land and sea during a military exercise amid heightened tension with the West over Ukraine.

Defence Minister Sergei Shoigu reported to Putin that the exercise was intended to simulate a massive nuclear strike by Russia in retaliation for a nuclear attack on Russia.

The maneuvers followed Putin’s warning about his readiness to use all means available to fend off attacks on Russia’s territory in a clear reference to the country’s nuclear arsenals.

During Wednesday’s drills, a Yars land-based intercontinental ballistic missile was test-fired from the northern Plesetsk launch site. A Russian nuclear submarine in the Barents Sea launched a Sineva ICBM at the Kura firing range on the far-eastern Kamchatka Peninsula.

The Kremlin said in a statement that all tasks set for the exercise were fulfilled and all the missiles that were test-fired reached their designated targets.

Such maneuvers involving land, sea, and air components of the Russian nuclear triad have taken place on an annual basis to train the country’s nuclear forces and demonstrate their readiness. A previous such exercise was held just days before Putin sent troops into Ukraine.

The Biden administration said on Tuesday that Russia gave notice it intended to stage routine drills of its nuclear capabilities. The Pentagon and US State Department said Russia had complied with the terms of the last US-Russia arms control agreement in notifying Washington of the upcoming tests.

The Russian nuclear exercise comes amid Moscow’s warnings of a purported Ukrainian plot to detonate a radioactive device commonly known as a dirty bomb in a false flag attack to blame Russia.

Putin himself repeated the dirty bomb claim on Wednesday. We know about the plans to use the so-called dirty bomb for provocations, he said.

Shoigu, the Russian defence ministry, also called his Chinese and Indian counterparts on Wednesday to discuss the allegation, which Ukraine and its Western allies have strongly rejected.

The Ukrainian government has said it suspects Russia is planning its own false flag operation.

Deputy Defence Minister Marcin Ociepa charged the Kremlin may reach for nuclear or chemical weapons in the face of military setbacks in Ukraine.