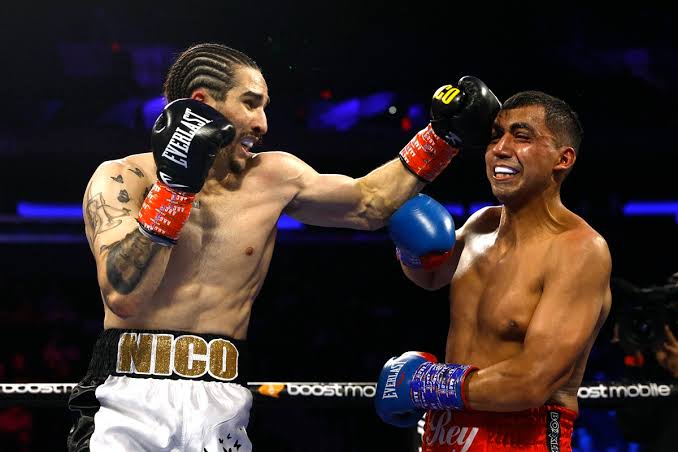 Givemesport.com reported that Walsh stopped Sanchez with a left hook in the second round as he extended his unbeaten professional boxing record to 6-0 since making his debut last August.

It was the second time that the two were facing each other. They had fought previously in December.

Back then, Walsh was declared the winner by the majority decision, but he wasn’t wholly satisfied with his performance overall.

Coincidentally it was held at the same venue where Walsh’s grandfather had his jaw broken by Ken Norton in their 1973 classic.

The second round saw Walsh walk down his opponent and back him up against the ropes before landing a right-left combination to the body, sending Sanchez down on one knee.

“It was so gratifying, Timothy Bradley called the shot in the fighter meetings.“It was a beautiful shot, it was the shot I was looking for and dreaming about. It happened because I worked so hard for it,” Walsh said.

“I feel amazing. This is a special win because of course it was a rematch. It was everything I’ve been working towards, my hard work has shown in the ring I want everyone to see that it’s a new me and I think you saw that.”