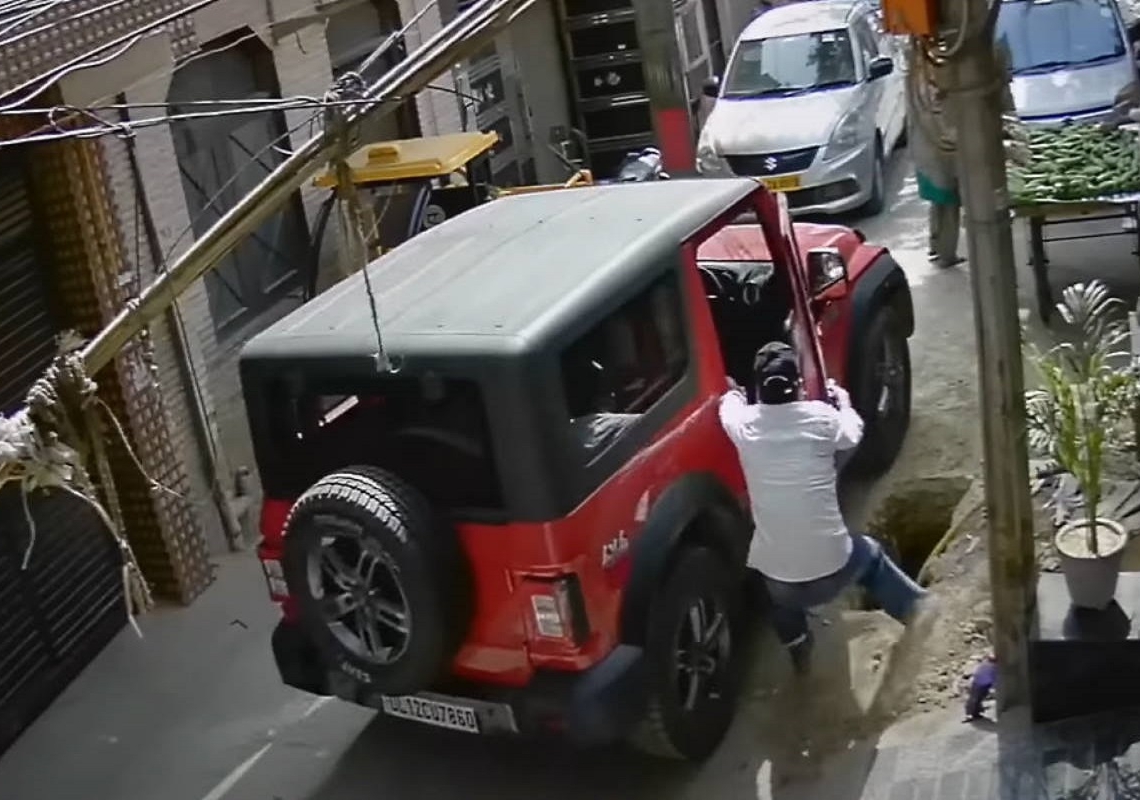 A viral video shows a Mahindra Thar rolling down on its own with the driver managing to control it at the last minute. Here is what happened.

The Thar starts to crawl forward. That is when the owner realised that the moving car will hit his mother and the other two vehicles that were parked in front of the vehicle. He rushed and opened the door of the Thar to put the gear lever in Park position.

According to the owner, a 2-year old kid was inside the car on the co-driver seat. He left the vehicle with the engine turned on. The two-year-old kid somehow managed to pull the gear lever from Park to Drive as the vehicle started moving forward.

The owner says that this is the first time that such a thing happened. However, such things do not need to happen every day and one should be very careful with the kids inside the car.