US not in Afghanistan to rebuild the nation, says Pompeo 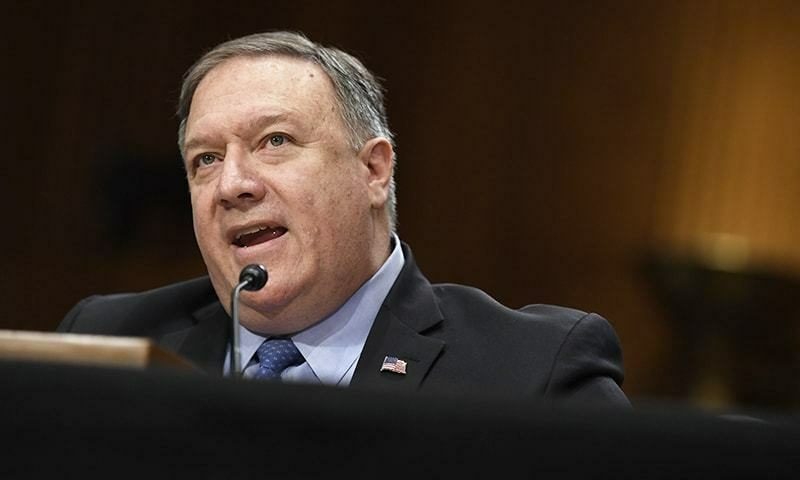 Washington: US Secretary of State Mike Pompeo has made it clear that the United States is not in Afghanistan to rebuild the nation or teach Afghans how to deal with their women.

The secretary’s remarks came during two days of congressional hearings this week on the US State Department’s budget proposals.

“Remember, the Afghans will ultimately decide,” said the top US diplomat when Senator Jeanne Shaheen, a New Hampshire Democrat, urged him to ensure that the agreement between the US and the Taliban protects the rights of the Afghan women.

Examine: ‘We never want to go back’: Afghan women fear cost of peace under Taliban

“I hope they (Afghan women) will make their voices heard … I hope the women of Afghanistan will demand that of their leadership,” he said.

During the two-day discussions, Secretary Pompeo explained the purpose behind talks with the Afghan Taliban. The US is talking to the Afghan Taliban because they control “significant resources” in Afghanistan, he said.

Meanwhile, senior lawmakers explained why Washington must leave the war-ravaged country now. Even those who criticised the administration’s Afghan policy said they too wanted a withdrawal but in a more orderly fashion.

Reminding the chief American diplomat that the US has been at war in Afghanistan for 18 years, Senator Rand Paul, a Kentucky Republican, said: “I think even you have admitted there’s no military solution to Afghanistan. It’s a mess. It’s nation-building at its worst. The president, like myself, complains endlessly about the $50 billion we are wasting there every year.”

The US has already held six rounds of talks with the Taliban in Doha, Qatar, and is preparing for the next round later this month, which may also include representatives of the Afghan government as members of a larger Afghan delegation.

“With respect to why we are talking to the Taliban, they control a significant amount of resources. And to get the reconciliation we need, to take down the violence level, the Taliban are going to have a say,” Secretary Pompeo said.

“We have extensive daily conversations,” the secretary said when the senator asked why the Afghan government was kept out of the talks.

“But they are not on the table,” Senator Shaheen interjected.

“To the extent that the negotiations are taking place, they are as much part of the table as anybody else. We are talking with the National Unity Government and speaking with the Taliban,” Pompeo responded.

“We are working to get the two of them in the room together. We think we are closer than we have been anytime in the last decade in achieving that. This will ultimately be a resolution that the Afghan people will have to achieve.”

Senator Shaheen interrupted him and asked: “Why do we believe the Taliban would be honest with us anymore today than they have been in the last 17 years?”

“Trust, but verify. It will be about actions on the ground,” said the secretary while explaining the Trump administration’s approach to the talks.