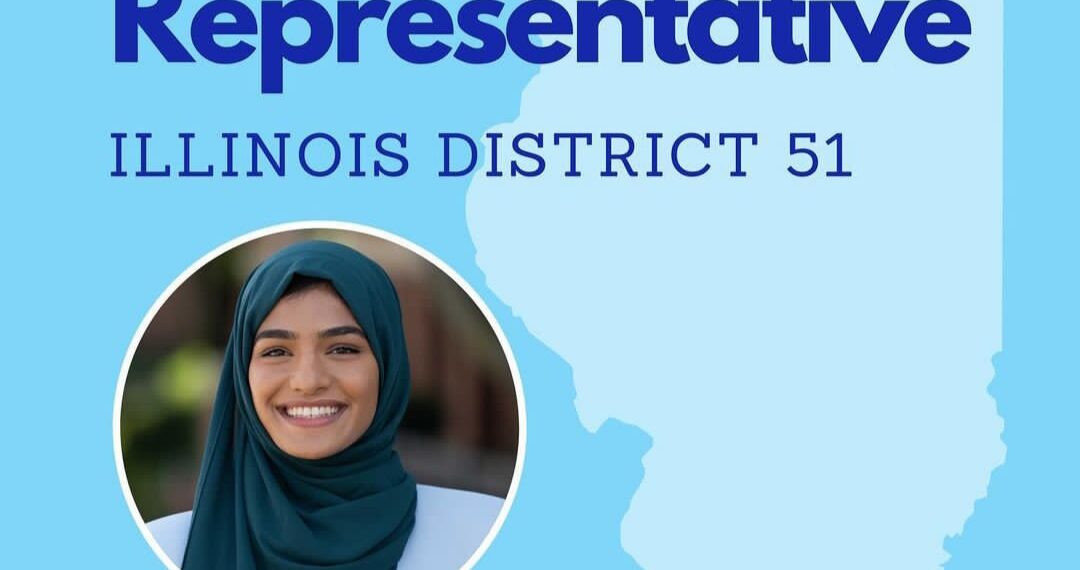 A 23-year-old Indian-American Hijabi Muslim woman has created history by becoming the youngest representative to have won the election for the 51st House district of the Illinois state legislature in the US.

Nabeela Syed, a Democratic Party candidate, recorded a victory in) the mid-term election.

On Wednesday, Nabeela took to Twitter and shared her happiness about being elected to the General Assembly as a representative of the Democratic party.

“My name is Nabeela Syed. I’m a 23-year-old Muslim, Indian-American woman. We just flipped a Republican-held suburban district,” she tweeted.

She further wrote: “I will be the youngest member of the Illinois General Assembly. When I announced for State Representative, I made it a mission to genuinely engage in conversation with people – to give them a reason to get involved in our democracy and hope for better leadership that represents their values. We won this race because we engaged in that conversation.”

“We talked to seniors about the rising cost of prescription drugs. We talked to working families about the growing burden of property taxes. We talked to women, pledging that I would protect their right to reproductive healthcare. We spoke with parents about their desire to strengthen commonsense gun safety laws,” she added.

“We won this race because the people of the 51st District want a representative who is ready to fight for them and their families.”

“I knocked on every door in this district. Tomorrow, I start knocking on them again to thank them for placing their trust in me. I’m ready to get to work,” she added.

In June 2022, Nabeela Syed won the Democratic primary and has now flipped a Republican district against incumbent Chris Bos.

She has become the first South Asian in the Illinois state legislature, and will also be the youngest member of the state assembly.

Born and raised in Illinois, Nabeela Syed graduated from the University of California with a degree in Political Science.

In her election manifesto, Nabeela Syed has promised to consider and address public issues such as equal rights, health care, education, and taxation.

According to her website, Syed is running “to build a better Illinois for residents today and tomorrow – an Illinois with a strong economy, sustainable infrastructure, affordable healthcare, and higher education.”

Syed currently works for a non-profit, helping them with digital strategy and supporting a myriad of civic engagement initiatives, for example, mobilizing voters, curbing sexual assault on college campuses, and enhancing gender equity, according to her official website.

Having graduated from the University of California, Berkeley, with a degree in Political Science and Business, she served as the president of a pro-bono consulting organization that helped local businesses.

Syed is active in her religious community at the Islamic Society of Northwest Suburbs and advocates interfaith dialogue and aims to empower young Muslim women to lead.