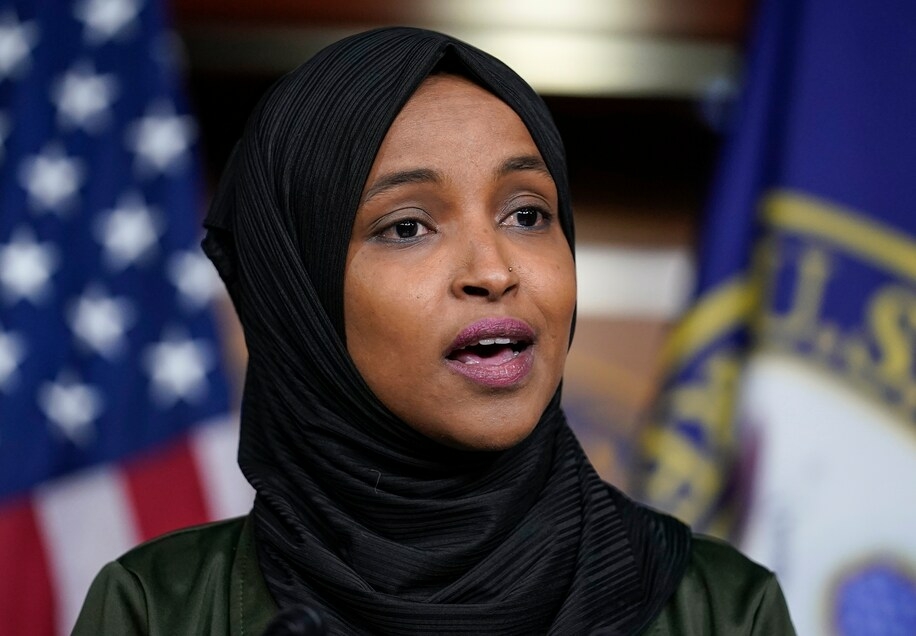 US House of Representatives on Tuesday passed a bill aimed at combating Islamophobia globally.

This comes a month after Republican Representative Lauren Boebert taunted Somali-born Muslim-American immigrant Ilhan Omar as a member of the “jihad squad” of liberal lawmakers.

During the debate Scott Perry falsely claimed Ilhan Omar was “affiliated with” terrorist organizations, prompting Democrats to demand that his statements be removed from the congressional record.

The House’s rules-enforcer then struck Perry’s comments from the record and barred him from speaking on the floor for the rest of the night.

In introducing the debate, Representative James McGovern, the Democratic chairman of the House Rules Committee, cited surveys showing an uptick of anti-Muslim sentiment nationwide and around the world — and the need for an energetic US response.

McGovern said the House had arrived at this moment because a colleague has “told a completely fabricated story, again and again, that implies a Muslim colleague is a terrorist […] just because they are Muslim.”

Those actions are “a stain on this entire institution”, he said, without naming Boebert, the freshman lawmaker from Colorado. “This House is better than the worst actions of a few here.”

Speaker Nancy Pelosi told reporters Tuesday’s vote will not be the last word from the Democratic leaders on Boebert’s behavior.

But they have repeatedly said it’s up to the Republican leadership to stand up to their most outspoken members who cross a line. The Democrats so far have refrained from more punitive actions of censuring Boebert or removing her committee assignments, as they have for other lawmakers — and as some Democrats wanted.

Omar, one of just a few Muslims in Congress and the only lawmaker who regularly wears a headscarf, said the scene never happened.

Omar, who arrived in the US as a child and now serves on the House Foreign Affairs Committee, spoke during Tuesday’s debate about the bill, saying that as a country founded on religious liberty, the US must fight against religious persecution of Muslims and others worldwide.

“We must lead the global effort,” she said. “As Americans, we should stand united against all forms of bigotry.”

One Republican, Representative Scott Perry of Pennsylvania, brought up past statements by Omar that he said were anti-Semitic and supportive of terrorism.

Shortly after taking office in 2019, Omar, who has been critical of Israel, tweeted that some lawmakers are only supportive of the Jewish state for the fundraising money — a comment widely seen as a slur. At the time, she “unequivocally” apologized. Perry also mentioned Omar’s remarks about Sept 11, 2001, attacks that were seen as dismissive but have also been circulated out of context.

Democrats moved to strike Perry’s comments from the record as violating House rules. Boebert did not speak during the debate.