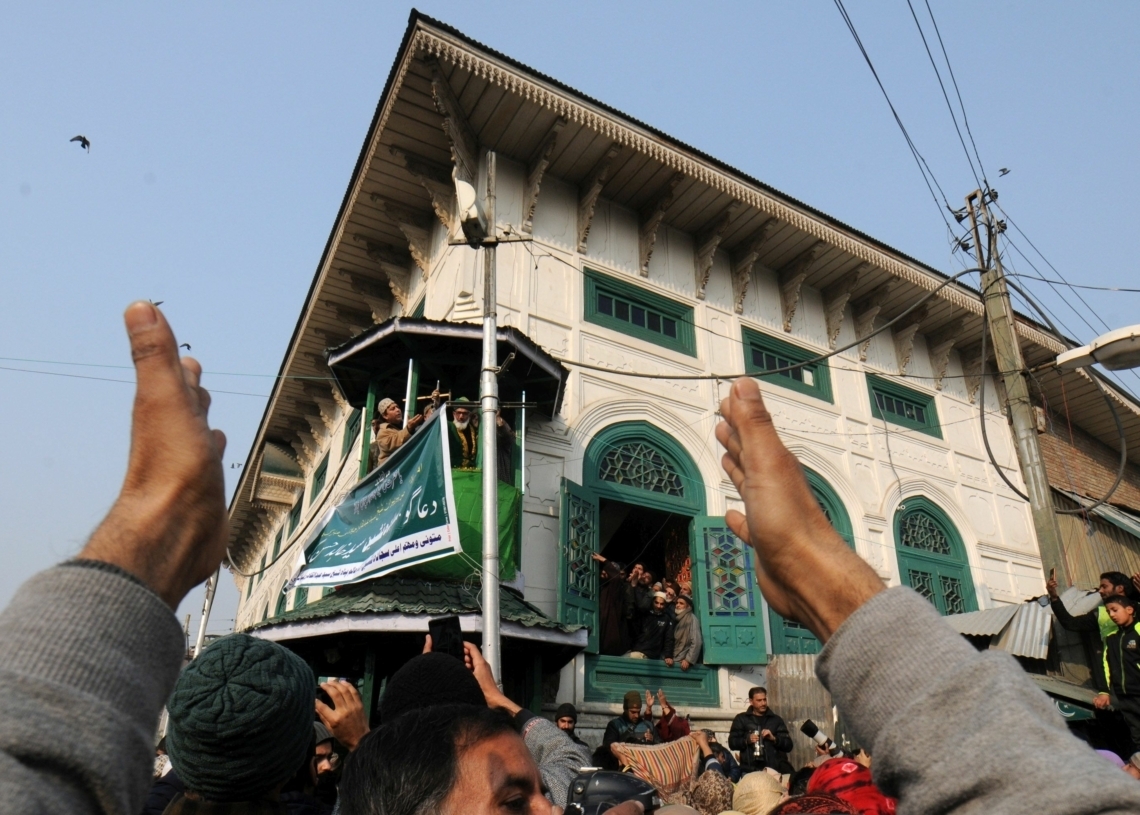 Amid chill, hundreds of people including men, women, old and children thronged the shrine on Tuesday evening and also participated in the night-long prayers.

The annual Urs of Dastgeer Sahab (RA) is being annually observed on the 11th day of Rabi Al Thani—the fourth month of the Islamic Hijri Calendar.

The two shrines on the name of Dastgeer Sahab situated in Srinagar areas including Khanyar and Sarai Bala witnessed a huge congregational gathering throughout the day, during which emotional scenes were seen while the holy relic of the revered saint was displayed in the shrines.

The biggest congregational prayers were held at Khanyar shrine here as thousands of people thronged the shine throughout the day.

The shrines were decorated by the caretakers o the shrines while the traders had also erected banners, displaying the greeting messages on this day.

Outside the shrines, the local and non-local business establishers had installed the carts and were seen selling the Kashmir traditional food stuff.

Notably, devotees pay obeisance at the shrines for last 11 days till the main Urs day today.

Pertinently, the Dastageer Sahib shrine located at Khanyar in old Srinagar city, was damaged in mysterious blaze in 2012 following the authorities renovated it with a different look. The actual shrine of the revered saint is located at Baghdad in Iraq.

Even though the saint never visited Kashmir in person, he is highly revered by the locals.

Similar reports of observing the Urs of the revered saint were received from various areas including Baramulla, Pinjura Shopian, Sirhama, Handwara and Tujjar Sharief in Sopore.

People from all corners of South Kashmir converged at Pinjura shrine in Shopian and participated in the nightlong prayers here.

Meanwhile, authorities had made elaborate arrangements on the Urs of the revered saint.

“Various arrangements including the diversion plan for the traffic and other basic things were put in place on the Urs of Dastgeer Sahab (RA),” the officials said.