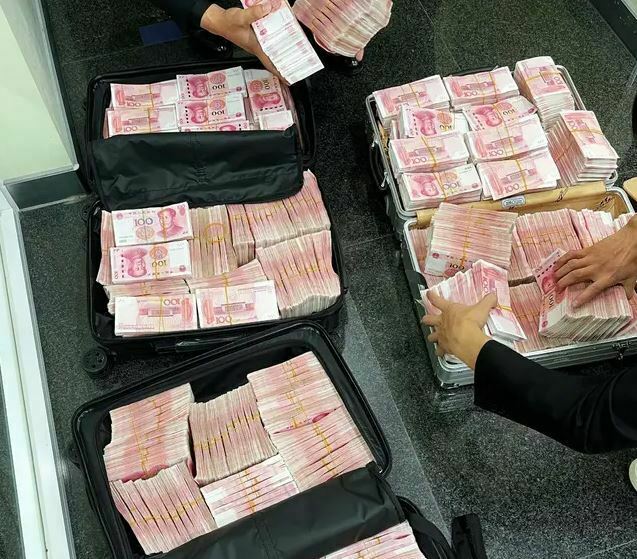 A Chinese millionaire withdrew his entire life’s savings and ordered the bank staff to count it out note by note after he got into a disagreement with them.

In the pictures that have gone viral on Chinese social media, staff can be seen giving the annoyed millionaire the maximum allowed in a day, which is 5 million yuan (Rs 5.7 crore).

He also told the staff that he will come back to withdraw the same amount – until his account was emptied, LADbible reported.

Why did he do it? Well, the millionaire, who goes by the name ‘Sunwear’ on the social network Weibo, took the drastic measure after being reportedly disgusted with the conduct of the staff. However, the staff alleged that it’s down to the fact a security guard asked him to wear a face mask while in the branch.

The rich dude accused the staff of having ‘the worst service attitude’ and boasted about having a seriously large amount of cash deposited with them.

Not for long, though. He added: “Because of this attitude, I can only withdraw all the money and put it in other banks.

“It was necessary to request them to count the cash in case it fell short.”

Later on, images began to emerge showing the man loading up money into briefcases before taking them away in his luxury car.

Since this particular stunt, he has managed to grow his online following to around 1.7 million people.

Still, the bank maintain that none of the staff present that day did anything wrong.

They issued a curt statement that said: “The client’s (complaint suggested) he had higher expectations of financial services.”