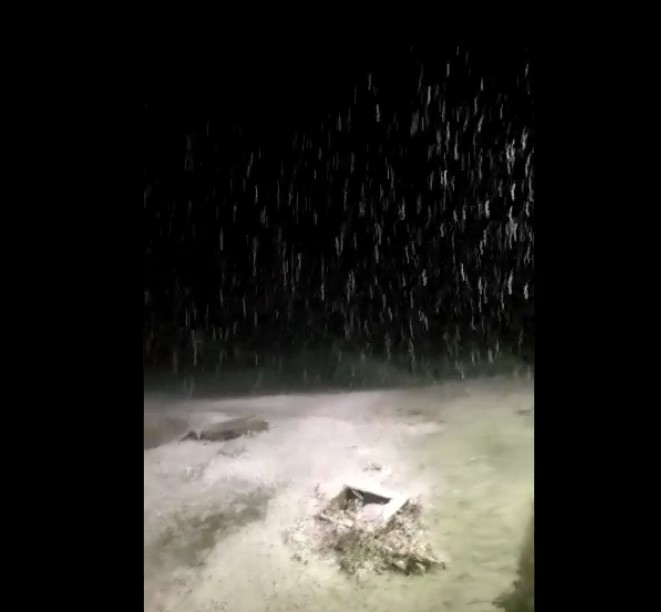 Srinagar: The higher reaches of Jammu and Kashmir and Ladakh witnessed the season’s first snowfall on Monday as the minimum temperatures dropped all across the two union territories.

The weather department has predicted bad weather for a few days.The upper reaches of Kashmir including Kangdoori in Gulmarg received the season’s first snowfall bringing a chill to the Valley.

The Met Office said that snowfall was reported in Zojila Pass, Gulmarg ski resort, and other higher reaches.

“Minimum temperatures dropped all across Jammu and Kashmir and Ladakh. The minimum temperature was 9.8 degrees Celsius in Srinagar, 6.7 in Pahalgam, and 1.5 in Gulmarg. It was 5.6 in Leh and 3.1 in Drass town,” the Office said.

Meanwhile, Jammu recorded 20.1, Katra 15.8, Batote 9.1, Banihal 8.0, and Bhaderwah 9.2 as the night’s lowest temperature.“The weather is likely to improve in the afternoon as the Western Disturbance (WD) presently active over Jammu and Kashmir is moving North West,” a Met Department official said.

An official said that the upper reaches of hills in Kashmir received the season’s first snowfall and plains of the Valley were lashed by heavy rains this evening.Earlier, Weatherman today said that there was a possibility of light snow over higher reaches of Gulmarg, Gurez, and Tulail area of Baramulla and Bandipora districts along with Sonamarg and Drass during the next 4-6 hours.“As expected a feeble Western Disturbance has approached J&K on October 10.

Under its influence, light rain over plains of North-Western parts of Kashmir valley (Tangdar, Kupwara, Handwara, Bandipora, Uri, Baramulla, and central Kashmir) and Poonch districts and adjoining areas of Jammu Division is occurring as per current radar and satellite images,” a MeT official said.“(There is) possibility of light snow over higher reaches of Gulmarg, Gurez and Tulail area of Bandipora district, Sonamarg and Drass during next 4-6 hours,” he said adding, “Moderate gusty winds with thunder and lightening over these places is also expected.