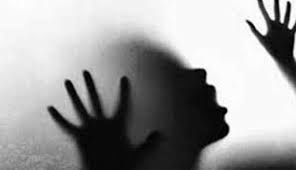 Mathura, Dec 19:  A 15-year-old boy has been detained in Uttar Pradesh’s Mathura for allegedly raping an eight-year-old girl, who is his neighbor.

SP (rural) Shrish Chandra said the incident took place in the Surir area last week when the girl was playing at the accused person’s residence. He allegedly raped her after returning from school.

On hearing her cries for help, the girl’s father rushed to the place and caught the boy.

The SP said an FIR has been registered under section 376 (rape) of IPC and that the girl has been sent for medical examination.

The boy will be produced before a juvenile justice board, the SP added. The victim’s statement will be recorded under section 164 of CrPC, he said.

Last month, two minor girls, including a Dalit, were sexually assaulted in Agra and Vrindavan. Both the accused were neighbors of the victims.

The suspect in the Vrindavan case was a minor (16). FIRs were registered under section 376 of IPC.

In September, a 24-year-old man was arrested for allegedly raping and killing a four-year-old girl. The minor’s body was found in a paddy field near her house.