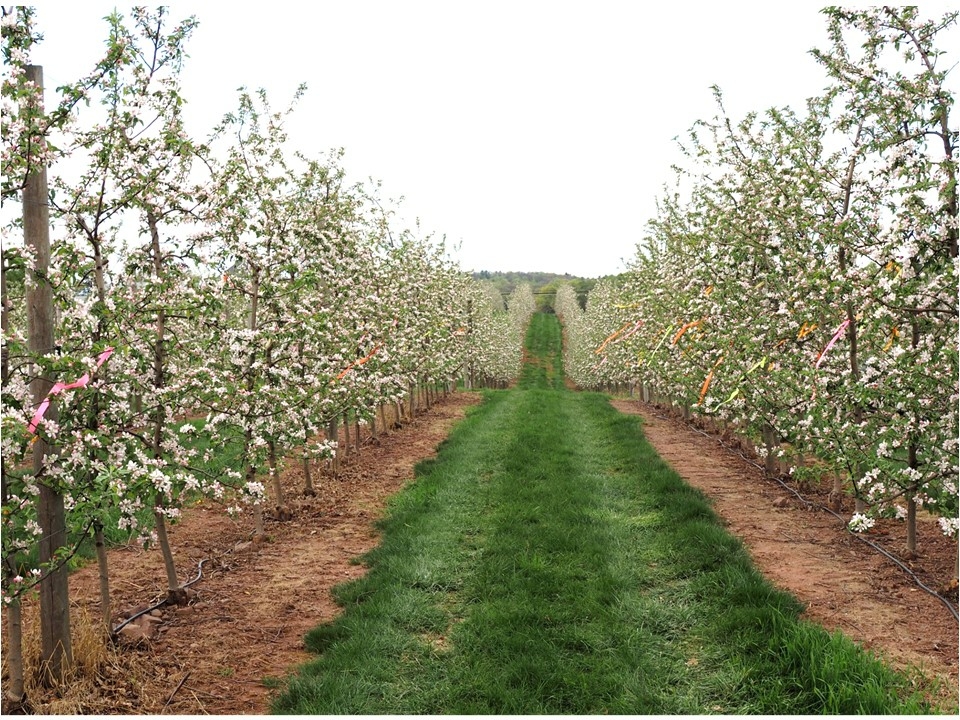 Srinagar:  Orchardist Ghulam Nabi Bhat is a worried man.  Persistent dry weather is making him restive.  His high-density plantation on two acres of land is at risk of losing bloom if there is no rainfall in the next few days.

“The weather is very unusual this year. It is very warm. There is no rainfall as such. It can damage apple trees, particularly exotic high-density variety which is very sensitive to weather,” he said.

Bhat is now considering irrigating his apple orchards to balance the water deficiency. Orchardists who bank on traditional varieties also fear losing their produce given the unusually warm weather.

“Due to the prolonged dry weather condition, we have witnessed a premature flowering in orchards. The advancing of the growing pattern will dent apple size and color, eventually damaging the quality of the crop. The yield will also be hit. There will be a drop in production,” said Mohammad Shahbaz, an apple grower, and dealer from Pattan.

In many places, the growers claimed that the apple flowers have started getting damaged due to the hot weather.

Weather analysts say March temperatures have hit an all-time high. It is after 131 years that Srinagar recorded the warmest March.

Sensing trouble, the horticulture department has issued a fresh advisory to help the growers. The department has set up a helpline to guide the farmers in safeguarding the orchards.

The department has suggested growers irrigate their orchards during the cooler parts of the day-morning or evening.  It has also asked the growers to ensure mulching of their orchards, which is a technique to conserve soil moisture.

“Mulch also helps in controlling soil erosion, improves soil structure, prevents the formation of crust on the surface, and favors the penetration of moisture and air. Hoeing followed by mulching especially in Karewas may be done with grass and other crop residues,” the advisory said.

The department has also suggested the growers whitewash trunks of apple trees. “A simple whitewash can be prepared by mixing slaked/hydrated lime (5kgs) with copper sulphate (nilthotha)31gm in 100 liters of water. Add a sticker or adhesive like linseed oil for efficacy. Remember to clean the trunk and remove the deadwood or bark before applying whitewash,”  the advisory said.

The department has already issued its spraying schedule for the growers to ensure the good health of trees and fruit. “Orchardists are advised to follow the spray schedule 2022 in consultation with the field functionaries of the department,” director of horticulture Aijaz Ahmad Bhat said.