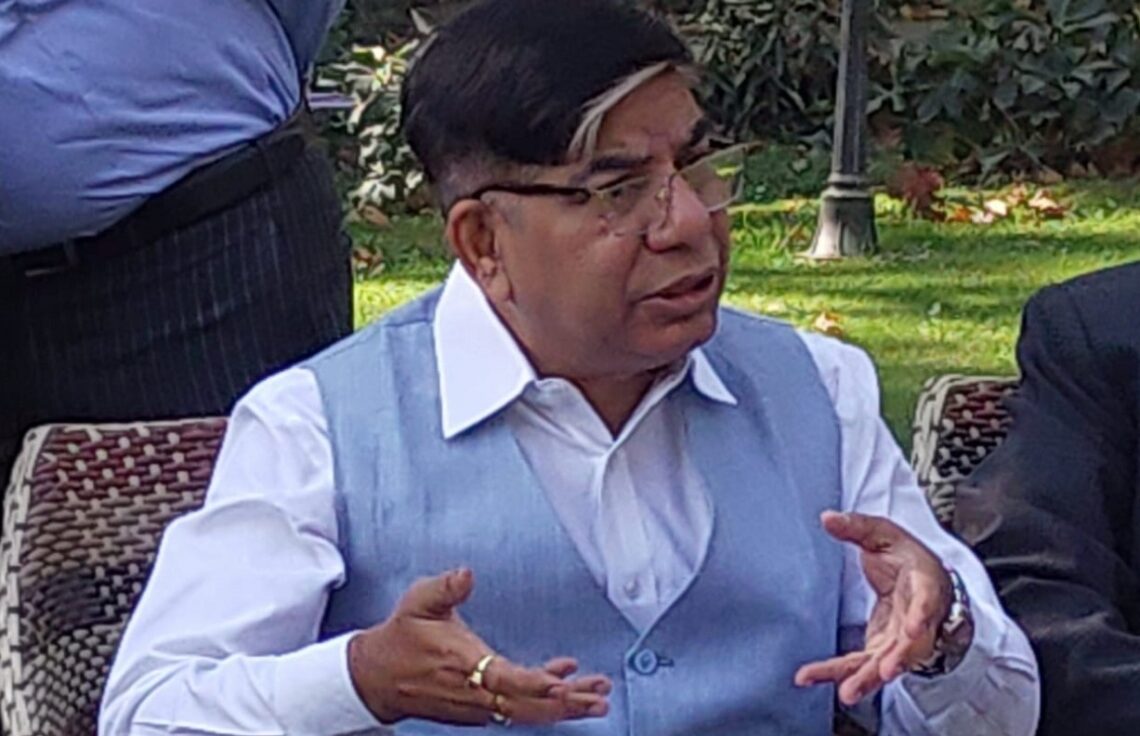 SRINAGAR, OCTOBER 16: Union Minister of State for Education, Dr Subhas Sarkar today concluded his three day visit to Kashmir. He was in the valley as part of the third phase of the Central Government’s Public Outreach Programme.

Addressing media at the end of his tour, Dr Sarkar expressed satisfaction at the overall development in the education sector in the Union Territory of J&K.

He said that there is a movement going on in J&K which focuses not only on education but on all round development of the students which is very heartening to see.

Dr Sarkar said that funds received by the UT for education have gone up from Rs 8,000 crore to Rs 9,600 crore in the last two years, which is a matter of pride for the UT.

The Minister also informed the gathering that according to the National Achievements Survey, the rank of Jammu and Kashmir has improved from 17 to 8 in the last five years, which is very heartening to know. He said that this is a considerable improvement for the UT.

Dr Sarkar expressed happiness at the increase in enrolment of children in government schools which he said has gone up considerably in the last two years. He also expressed satisfaction at the setting up of smart classrooms in more and more schools of the UT.

Talking about the National Education Policy (NEP), the Minister expressed happiness at the speed of progress being made in setting up of infrastructure and said that 70,000 new enrolments have been recorded in Kashmir at the primary level in the recent past.

Dr Sarkar also said that the national curriculum framework with reference to NEP is very democratic in the country and suggestions are taken from all stakeholders including students and their parents for improvement of the system.

In the context of higher education, the Minister said that an inter-disciplinary approach has been introduced in the UT which will help students to compete with their counterparts from other parts of the country.

During his visit, Dr Sarkar also laid the foundation stone of a 100 bedded Gujjar and Bakarwal Hostel at Kulgam. He said that there is considerable improvement in the participation of students in academic as well as extra curricular activities.

Dr Sarkar later participated in the inauguration of 75 Digital Banking Units in the country. The programme was inaugurated remotely by Prime Minister Shri Narendra Modi.