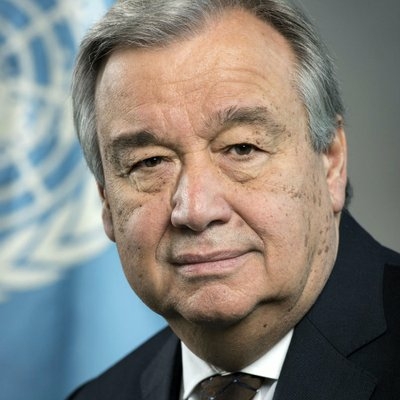 New Delhi, Oct 1: United Nations Secretary General Antonio Guterres arrived here Monday on his maiden visit to India as the head of the world body that coincides with the commencement of events marking the 150th birth anniversary of Mahatma Gandhi.

Guterres arrived in the afternoon and was received by senior UN officials, an official of the world body said.

The UN chief will meet the top leadership of the country including Prime Minister Narendra Modi and is likely to discuss key global issues such as climate change and terrorism during his three-day visit.

Ahead of his visit, the UN chief told PTI that India is an “important partner” of the UN in countering terrorism and preventing violent extremism.

Guterres also said there are plans to step up cooperation between the UN and India on strengthening capacity in combating terror financing.

His visit coincides with the beginning of events to celebrate the 150th birth anniversary of Mahatma Gandhi on October 2 next year, Deputy Spokesman for the UN Secretary-General Farhan Haq had told reporters.

During his visit, Guterres will participate in the Mahatma Gandhi International Sanitation Convention and call on Modi on October 2.

He will also deliver a lecture at the India Habitat Centre on the theme of ‘Global challenges, global solutions’.

On Tuesday, the UN chief will meet Lok Sabha Speaker Sumitra Mahajan and participate in the second re-invest and first assembly of the International Solar Alliance and energy ministers meet of the Indian Ocean Rim Association member countries.

The same day, he will visit the Golden Temple in Amritsar and will emplane for New York in the wee hours of October 4.

Guterres had visited India in July 2016, just months ahead of the election for Secretary General.