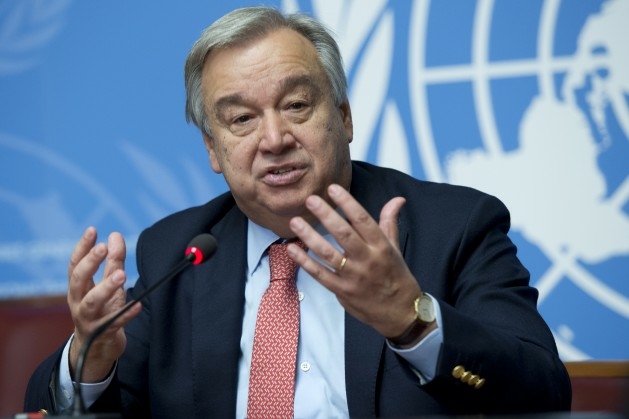 UN Secretary-General Antonio Guterres was sworn in Friday for a second term as head of the world body, promising to draw on the lessons of the deadly Covid-19 pandemic.

“Our greatest challenge — and which is at the same time our greatest opportunity — is to use this crisis to turn the tide, pivot towards a world that learns lessons,” the former Portuguese prime minister said as the General Assembly re-appointed him for the 2022-2016 term.

This, Guterres added, would include promoting a “just, green and sustainable recovery” which shows the way forward “through increased and effective international cooperation to address global issues.”

In office since 2017, Guterres promised to act independently of member states and organizations during the swearing-in ceremony attended by Portuguese President Marcelo Rebelo de Sousa, the first head of state to set foot in the United Nations building for more than a year because of the pandemic.

Guterres added that it would be essential to “make prevention and preparedness — in the broad sense of the words — a top priority in the international system.”