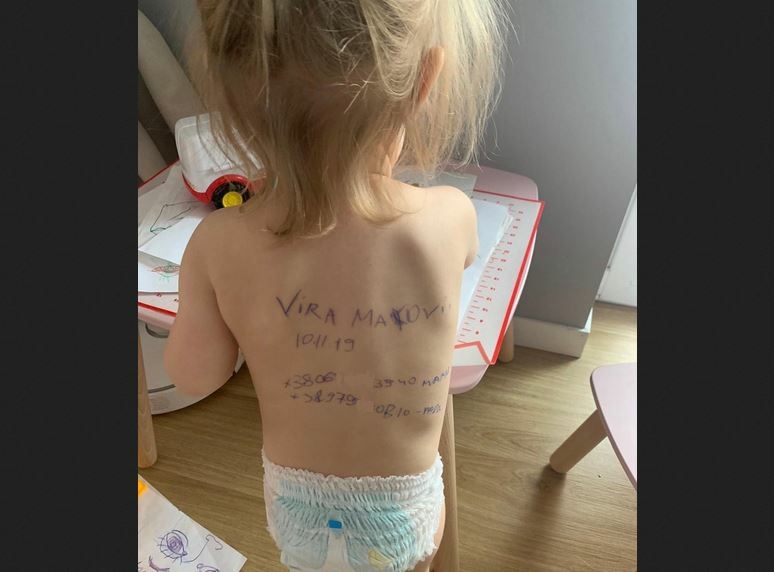 In a heartbreaking development, people in Ukraine fearing that they will be killed by Russian forces have started to write the family details on the bodies of their children with images of writing on children’s backs gone viral on social media.

The images highlight the painful reality of the endless human suffering in the war-torn country Russia has been pummelling for over a month now.

“Ukrainian mothers are writing family contacts on the bodies of their children in case they are killed and their child survives. And Europe is still discussing gas,” an independent journalist Anastasiia Lapatina wrote on Twitter, posting one such image.

It shows a small Ukrainian girl with a name and a telephone number written by her mother on her back.

The photo was posted by the girl’s mother Sasha Makoviy on Instagram three days ago. The post is in local language, but a Google translation shows the woman decided to write the name of her daughter Vera “in case something happens, someone would welcome her as a survivor”.

In another photo, Makoviy said the family is safe, but she is still not able to throw away a piece of paper on which same details are written.

Reacting to the toddler’s photo, a Twitter user said: “Heartbreaking. There are no words.”

Horrifying accounts have emerged from the war in Ukraine, which has been going on for more than a month. Last week, The Guardian carried a report which said that children were being used as “human shields” by Russian forces as they attempted to flee.