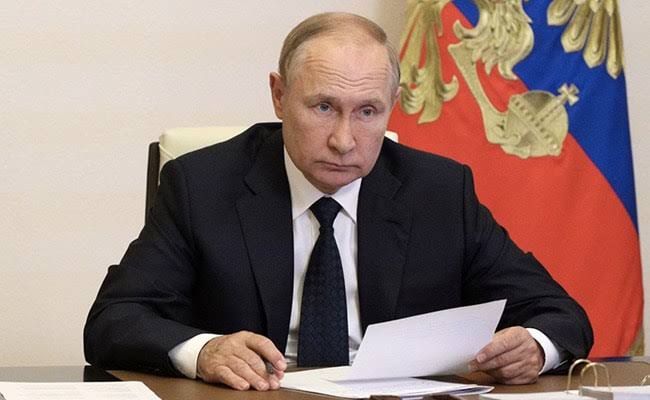 According to the report by General SVR, a Russian Telegram channel, Putin’s limousine was allegedly hit by “a loud bang from the left front wheel followed by heavy smoke”, but he was unharmed as the vehicle drove to safety, Mirror.co.uk reported.

The channel said that the President was returning to his official residence in a decoy or “backup” motorcade amid deep security fears.

The motorcade comprised five armored cars, with Putin in the third, it said, without mentioning the date of the incident.

The Russian leader’s car “despite the problems with control” made its way out of the attack scene to reach the safety of the residence, the channel added.

“The head of the President’s bodyguard (service) and several other people have been suspended and are in custody,” the channel further claimed.

“A narrow circle of people knew about the movement of the president in this cortege, and all of them were from the presidential security service.

“After the incident, three of them disappeared. These were exactly the people who were in the first car of the motorcade.

“Their fate is currently unknown. The car on which they were traveling was found empty a few kilometers from the incident,” General SVR added.