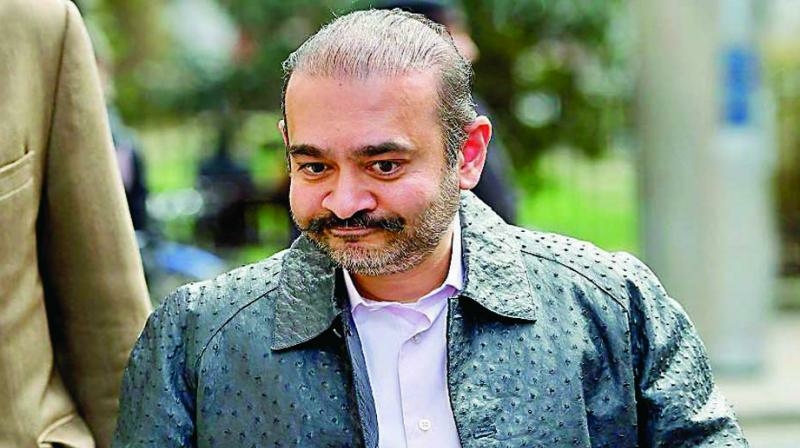 The 48-year-old is expected to be produced before Westminster Magistrates’ Court in London to make another attempt at being let out on bail until his trial in May next year.

He has been in custody at Wandsworth prison in south-west London, one of England’s most overcrowded prisons, since his arrest in March. “The bail application is at Westminster Magistrates’ Court on Wednesday November 6. The grounds cannot be made public until the hearing,” said a spokesperson for the UK’s Crown Prosecution Service (CPS), which represents the Indian government in the extradition proceedings in court. Modi has reportedly claimed anxiety and depression in his latest application, with earlier bail applications at the court being rejected by Chief Magistrate Emma Arbuthnot, and then also on appeal at the High Court in London, as he was deemed a flight risk.

His legal team has previously described their client’s experience in prison as “damaging” and offered stringent electronic tag and other conditions akin to house arrest at his posh Centrepoint apartment in the West End of London in an attempt to persuade the judge to grant bail.

“His experience in custody has been vivid and damaging…he is willing to abide by any bail conditions imposed by the court because Wandsworth is unliveable and makes the effective preparation of his case virtually impossible,” his barrister Clare Montgomery had told Judge Arbuthnot earlier in the year. They had also doubled the initial bail bond offer of 1 million pounds to 2 million pounds in an attempt to sway the court. However, Arbuthnot had concluded that Modi was wanted in connection with a “large fraud” and the doubling of security was “not sufficient to cover a combination of concerns that he would fail to surrender”.

In June, Modi’s legal team took his appeal against that ruling to the Royal Courts of Justice in London, where a judge was told about the diamond merchant’s troubled state of mind in “confidential” documents. “The circumstances he has had to endure at Wandsworth have been personally difficult and the confidential exhibits reflect the experience that has marked him deeply. The reality is that he is not the cold-blooded hardened criminal as claimed by the government of India but a jewellery designer from a long line of diamond dealers, and regarded as being honest, careful and reliable,” Montgomery told the High Court, adding that a number of individuals were willing to offer sureties and substantial sums to back up the claim that Modi is not a man who plans to run.

But in her judgment, Justice Ingrid Simler concurred with the Chief Magistrate that there were “substantial grounds” to believe that Modi would fail to surrender as he does possess the means to “abscond”. After considering all the material “carefully”, the judge said she found strong evidence to suggest there had been interference with witnesses and destruction of evidence in the case and concluded it could recur if he was let out of prison.

There are no strict limits on the number of times Modi can apply for bail, but he would have to produce substantially modified grounds in a new application. He has meanwhile continued to appear via videolink before the magistrates’ court in London, appearing in a standard prison-issued grey tracksuit and mostly freshly shaved and upbeat. His next routine 28-day appearance required under UK law is listed for November 11, a date that still remains on the court’s lists.

At a hearing last month, Judge Nina Tempia had confirmed that his extradition trial is scheduled between May 11 and 15 next year, with the case management hearings set to begin from February next year. Modi has been behind bars at Wandsworth prison since his arrest on March 19 on an extradition warrant executed by Scotland Yard on charges brought by the Indian government.

During subsequent hearings, Westminster Magistrates’ Court was told that Modi was the “principal beneficiary” of the fraudulent issuance of letters of undertaking (LoUs) as part of a conspiracy to defraud PNB and then laundering the proceeds of crime.