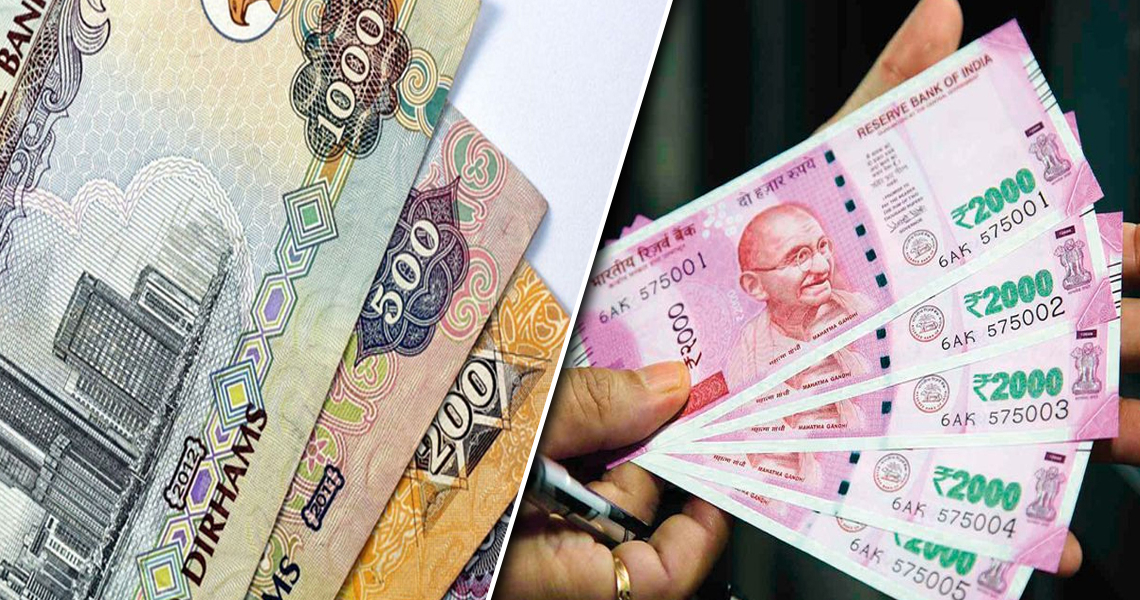 The Indian rupee is expected to weaken further against the UAE dirham due to the strengthening of the US dollar and rising crude oil prices, reported Gulf News on Thursday.

The greenback’s gains against the rupee is automatically reflected in the rupee – dirham exchange rate as the UAE currency is pegged to the dollar, the report said.

The UAE dirham is fetching more than Rs 20.40 in the interbank foreign exchnge market. The rupee also fell for a third straight session, shedding 0.7 per cent, its biggest single-day loss since June 17.

In the context of the rising crude prices, analysts expect India’s trade balance to widen and dollar outflows to pick up pace in the coming weeks. Brent crude futures, the global oil benchmark, advanced 0.54 per cent to $81.70 per barrel late Tuesday.

Factors such as the rising dollar, crude prices and strong dollar demand from importers are likely to weigh on rupee in in the near term.