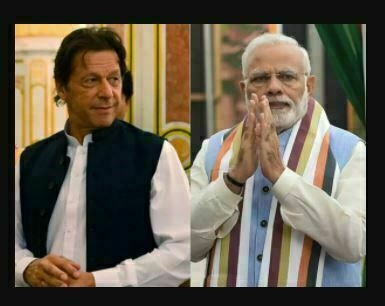 A day after military chiefs from India and Pakistan surprised the world last months with joint commitment to respect the ceasefire agreement from 2003, a top diplomat of the UAE came to visit New Delhi for a one day visit.

The official UAE readout of the meeting on February 26 suggested what Foreign Minister Sheikh Abdullah bin Zayed spoke about with Foreign Minister S Jaishankar, noting they “discussed all regional and international issues of common interest and exchanged views on them”, a report in Bloomberg said.

The India-Pakistan ceasefire marked a milestone in secret talks brokered by UAE that began months earlier, according to official sources. Report said that the ceasefire is only a beginning of a larger roadmap to forge larging peace between the two countries.

While there has been speculation for long that Gulf nations are playing a role in stabilising the situation between India and Pakistan, there is only one confirmation that too from Saudi Arabia and not UAE.

Adel Al Jubeir was reported to have spoken on a news interview saying – “We work to stabilize the region — whether it’s trying to bring peace between Israelis and Palestinians; whether it’s in Lebanon, Syria, Iraq, Iran, Afghanistan; trying to reduce tensions between India and Pakistan; whether it’s stabilizing Sudan; whether it’s working to end the war in Libya or to deal with the G5 (Sahel) countries, in their fight against Boko Haram. We have played a positive role everywhere.”

UAE had welcomed the re-commitment of ceasefire officially. All these developments have given rise to this speculation for sometimes now.

Official said the next step in the process involves both sides reinstating envoys in New Delhi and Islamabad, who were pulled in 2019 after Pakistan protested India’s move to end special status for Jammu and Kashmir.

Then the two countries would have to talk on resuming trade and a lasting resolution on Kashmir. The two countries have routinely made peace overtures though they have not sustained for long.

The move also comes amid Biden administration seeking wider peace talks on Afghanistan — a place both countries for years have battled for influence.

PM Narendra Modi also wants to shore up growth and focus military resources with China, while Pakistan’s leaders face economic crisis and looking to make a good impression with the US and other powers.

Recently, PM Modi sent a tweet wishing Imran Khan well after he was diagnosed with Covid-19 — another sign that relations between the countries are getting warmer.