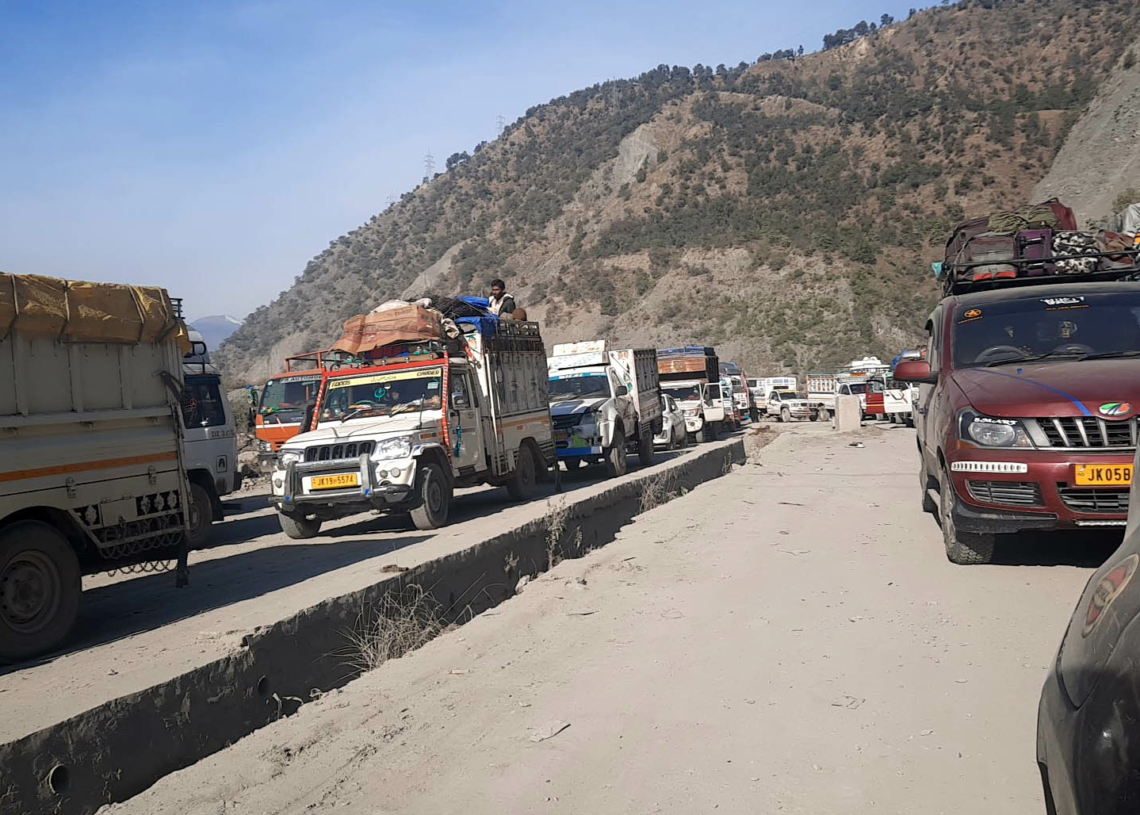 SRINAGAR: Fresh two-way traffic was on Monday allowed on Srinagar-Jammu national highway, the only road connecting Kashmir valley with rest of the country, after clearance all the stranded vehicles on Sunday.

However, the Srinagar-Leh highway, linking Union Territory (UT) of Ladakh with Kashmir remained closed since January 1 this year due to accumulation of snow and avalanche while the historic 86-km-long Mughal road also remained shut since December last year.

“Light Motor Vehicle (LMV) will be allowed to ply from both sides of 270-km-long Kashmir highway on Monday with some time restrictions,” a traffic police officer said.

He said fresh traffic was allowed this morning after clearing all stranded vehicle on Sunday on the highway, which was closed on Saturday due to landslides and shooting stones at several paces, including Penthal, following heavy rain.

The officer said that no vehicle will be allowed before or after the cut off timing. “Heavy Motor Vehicles (HMVs) will be allowed from Zig (Qazigund) towards Jammu from 1600 hrs and 2400 hrs,” he said.

“Security forces are advised not to ply against the traffic plan in view of traffic congestion on the highway. They may ply from Jammu towards Srinagar after confirming the status of the highway,” he added