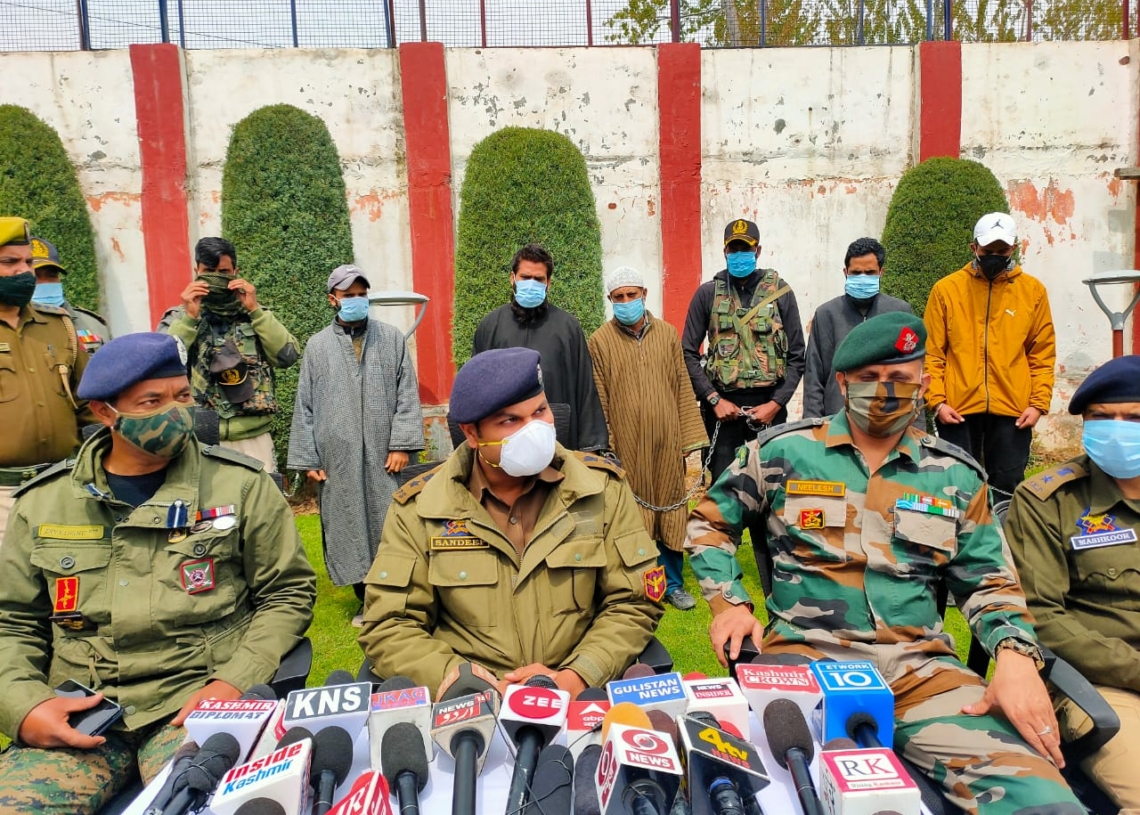 A police officer said that on receipt of specific inputs about presence of militants at different locations, teams were constituted and the two militants and three OGWs were “tactfully arrested”.

“On the basis of specific information, police along with 32 RR and 92 battalion CRPF established a naka at Kachloo crossing on Baramulla Handwara Highway. During search, three persons riding a motorcycle were found in suspicious condition who on seeing the search party tried to escape from the spot but were apprehended by the search party,” the officer said.

They were identified as Mohammad Yaseen son of Mohammad Akbar, Showkat Ahmad Ganie son of Sonaulla Ganie and Ghulam Nabi Rather son of Wali Mohammad, all residents of Village Kachloo Qaziabad.

“On search, arms and ammunitions and letter pad of Al-Badr were recovered from their possession,” the officer said.

During further questioning, the police official said, it came to surface that the trio was working with militant outfit Al-badr as OGWs and were providing logistic support, food and shelter to the outfit.

“During investigation the arrested persons disclosed that two other persons known to them have recently joined the militant ranks and are operating in Handwara area. Accordingly Police along with 21RR launched a cordon and search operation in the forest area of Baderkali. During search operation two persons along with arms and ammunitions were arrested.”

They have been identified as Saleem Yousuf Rather son of Mohammad Yousuf Rather and Iqhlaq Ahmad Sheikh son of Imtiyaz Ahmad, both residents of Watergam.

“The duo had joined militant ranks recently and were planning to attack security forces installations, Panchs, Sarpanchs and other peace loving people to create violence in the area,” the police officer said. (GNS)