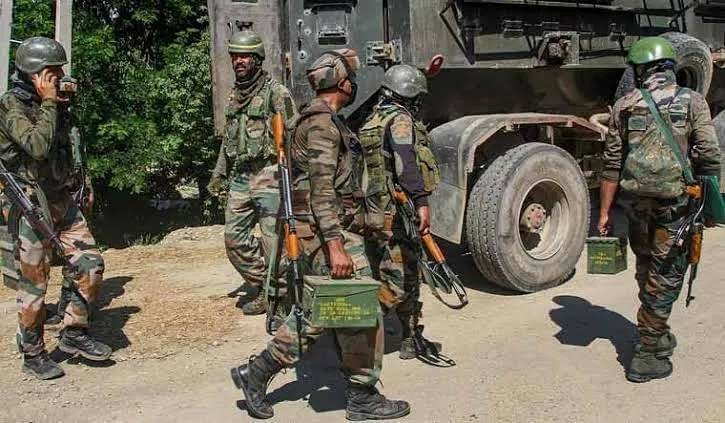 Rajouri: Two army personnel have been injured in the ongoing encounter that broke out between militants and security forces in Thanamandi area of Rajouri district on Thursday morning, officials said here.

An official said that the encounter broke out in Karyote Kalas area, where a cordon and search operation was launched on Wednesday after reports of suspicious movement.

He said that today morning as the forces were zeroing in on the suspected spot, militants fired upon the them, triggering an encounter.

The official said that during the ensuing gunfight two army personnel have sustained injuries, while more reinforcement has been rushed to the spot—(KNO)