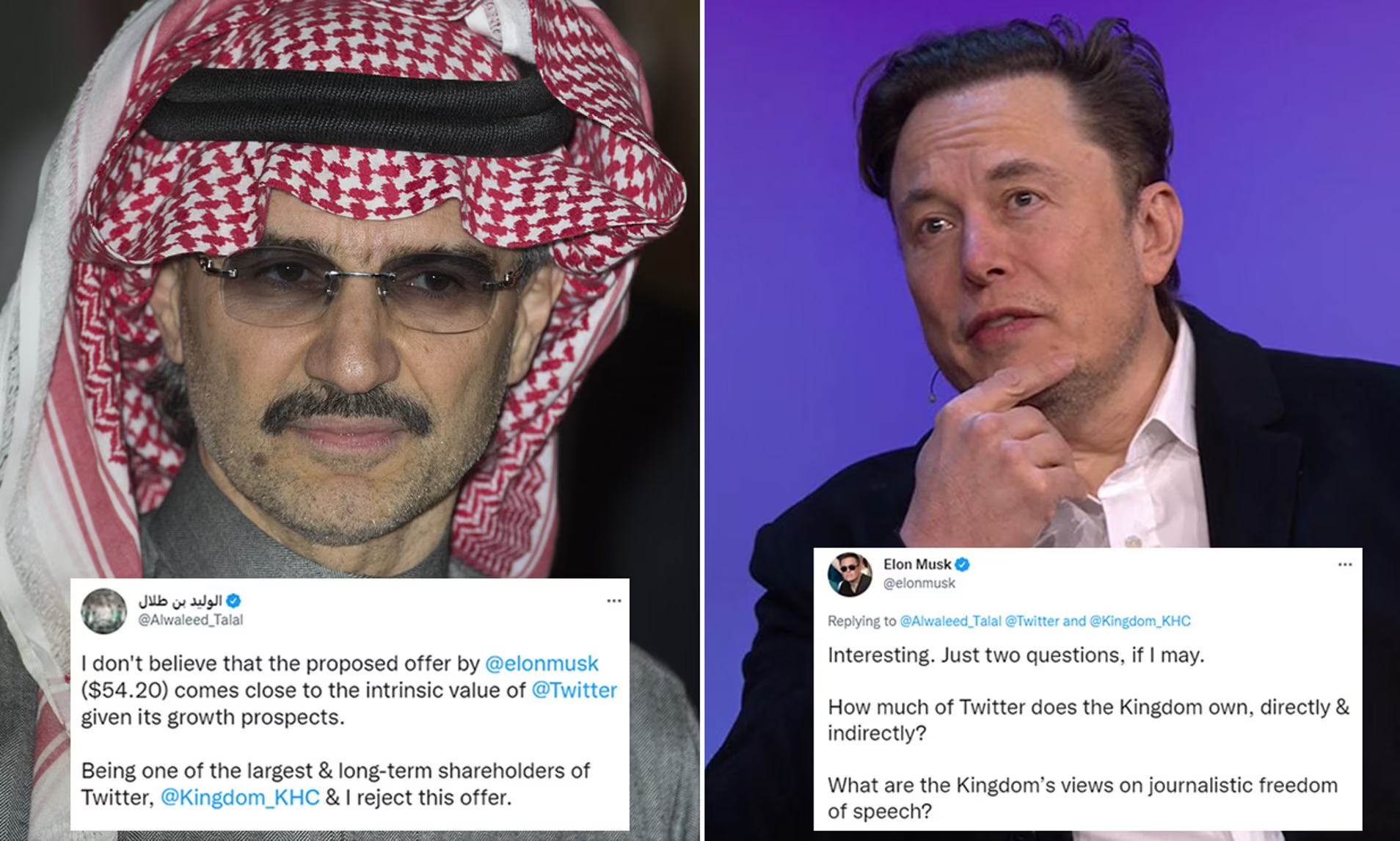 “I don’t believe that the proposed offer by Elon Musk ($54.20) comes close to the intrinsic value of Twitter given its growth prospects,” Talal tweeted.

“Being one of the largest and long-term shareholders of Twitter, Kingdom Holding Co. and I reject this offer,” he added.

Billionaire Elon Musk has offered to buy Twitter for $41.39 billion, a regulatory filing showed on Thursday.

Musk’s offer price of $54.20 per share represents a 38 percent premium to the closing price of Twitter’s stock on April 1, the last trading day before the Tesla CEO’s over 9 percent investment in the company was publicly announced.