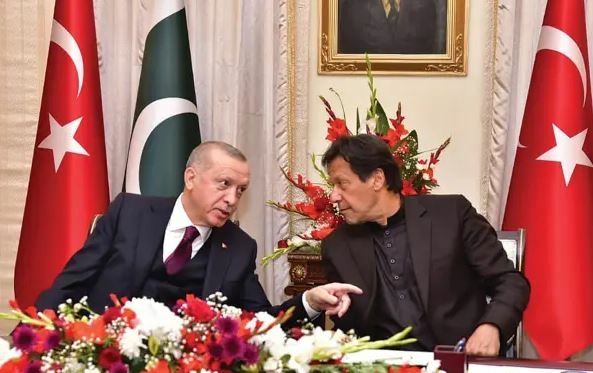 The Financial Action Task Force (FATF) on Thursday kept Pakistan on the grey list as it “needs to further demonstrate that investigation and prosecution of proscribed terrorists and terror groups is being seriously pursued,” said FATF chief Marcus Pleyer at the end the global finance watchdog’s deliberations that began on Sunday.

“On the action plan from 2019, we require Pakistan to demon that terrorist financing investigators are targeting UN proscribed senior leaders and commanders,’’ said Pleyer but discounted any possibility of moving it to the Black List.

“Pakistan has already completed 30 out of 34 action points. So this shows the clear commitment of Pakistan Government. So there was no discussion on blacklisting. The Government is cooperating with FATF and we urged it to very quickly address the remaining four items of as soon as possible,’’ he said.

Pleyer denied that it was pressure by India that led to Pakistan’s retention on the grey list. “FATF is a technical body and we take our decisions by consensus. It is not one country but 39 jurisdictions and the decision is taken by consensus on a jurisdiction to be put under increased monitoring,’’ answered Pleyer when asked whether it was India which is instrumental in keeping Pakistan on the grey list in June 2018.z

In a further blow to Pakistan, Turkey, its closest ally in FATF, was also put on the Grey List along with Jordan and Mali.

Pakistan is estimated to have lost over $ 30 billion in foreign investments since it was it was grey listed. Till the meeting, FATF has 22 countries under “grey listing”, including Albania, Morocco, Syria, South Sudan and Yemen. It has removed two – Botswana and Mauritius – and added three – Mali, Jordan and Turkey – making it a total of 23 countries on the Grey List.

Turkey, the largest to be downgraded, needs to address “serious issues of supervision” in its banking and real estate sectors, and with gold and precious stones dealers, said Pleyer.

“Turkey needs to show it is effectively tackling complex money laundering cases and show it is pursuing terrorist financing prosecutions…and prioritising cases of U.N.- designated terrorist organisations such as ISIL and al Qaeda,” he said.

“Despite our work on compatibility, placing our country on the grey list is an undeserved outcome,” the Turkish Treasury said in a statement late on Thursday.

“In the coming period, necessary measures will continue to be taken in cooperation with FATF and all relevant institutions, to ensure that our country is removed from this list, which it does not deserve, as soon as possible.”

In 2019, the FATF warned Turkey about “serious shortcomings” including the need to improve measures to freeze assets linked to terrorism and weapons of mass destruction proliferation.