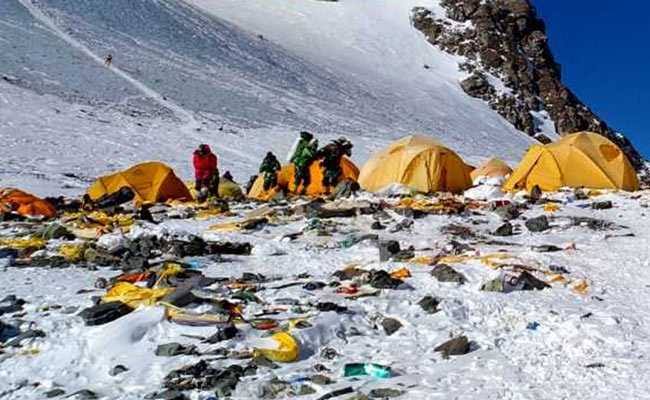 Kathmandu: Teams led by the Nepal Army have collected over 33 tonnes of waste including human skeletons, from Mount Everest and three other peaks in a two-month-long cleaning campaign.

The cleaning teams involving a total of 92 individuals started their work on April 5 on Everest, Mount Lhotse, Mount Kanchenjunga, and Mount Manaslu, which attract climbers from around the world each year, reports Xinhua news agency.

“Our teams collected 33,877 kg of wastes from the four mountains along with skeletons of two human bodies,” Himansu Khadka, a Nepal Army Brigadier General, said at a press conference.

The cleaning teams had sorted out biodegradable and non-biodegradable wastes, which weighed 7,227 kg and 26,650 kg respectively, and the skeletons recovered from the base camp of Kanchenjunga were handed over to Taplejung district police for identification and cremation.

The campaign was suspended in 2020 due to the Covid-19 pandemic.

“The cleaning is necessary to save the biodiversity of the mountains and lessen the impact of climate change,” Prabhu Ram Sharma, Chief of Army Staff, said at the press conference.